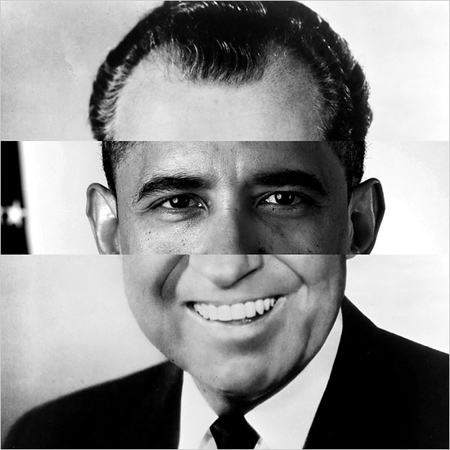 In a May London Guardian interview, Cornel West said:

"We elected a black president and that means we are less racist now than we used to be. That's beautiful."

"But when you look at the prison industrial complex and the new Jim Crow: levels of massive unemployment and the decrepit unemployment system, indecent housing: white supremacy is still operating in the US, even with a brilliant black face in a high place called the White House."

Obama's "tied to Wall Street. And at this point he is a war criminal. You can't meet every Tuesday with a killer list and continually have drones drop bombs."

"You can do that once or twice and say: 'I shouldn't have done that, I've got to stop.' But when you do it month in, month out, year in, year out - that's a pattern of behavior."

"I think there is a chance of a snowball in hell that he will ever be tried, but I think he should be tried and I said the same about George Bush."

"These are war crimes. We suffer in this age from an indifference toward criminality and a callousness to catastrophe when it comes to poor and working people."

"I would rather have a white president fundamentally dedicated to eradicating poverty and enhancing the plight of working people than a black president tied to Wall Street and drones."

Ralph Nader called Obama a "war criminal who has been more aggressive than George W. Bush."

Noam Chomsky told Russia Today he wants Obama "taken before the ICC for the war on terror."

He highlighted Magna Carta rights. He called Nuremberg Principles, Judgement and the Charter "part of the foundation of modern international law."

"It defines aggression as the supreme international crime, differing from other war crimes, and it encompasses all of the evil it follows. The US and British invasion of Iraq was a textbook example of aggression."

So was Afghanistan, Libya, Syria, numerous proxy wars, and covert ones. Obama bears full responsibility for global aggression on his watch. He's guilty of crimes of war, against humanity and genocide. He's waging war abroad and at home.

Volumes are needed to document them. Numerous previous articles explained them. They're too egregious to ignore. They continue out-of-control. They demand accountability.

Might justifies rights. Nations are destroyed to liberate them. Terrorism is what they do, not us. Code language conceals dark motives.

Reasons why imperial wars are waged are suppressed. Wealth, power, and privilege alone matter. Sacrificing human lives and freedoms are small prices to pay. Humanity's at risk but who cares.

Scahill reported from global hot spots. He and another journalist "were shot at together on rooftops in Modadishu," he said, "slept on dingy floors in rural Afghanistan, and traveled together in the netherlands of Southern Yemen."

Obama's values aren't like yours or mine. He wants fundamental laws subverted for greater aims. He wants state-sponsored murder legalized. He wants new rules giving him clear authority.

He's comfortable about killing. He has no qualms about doing so. He wants unchallenged diktat power. He wants it for targeted assassinations and war. He's heading America for waging it globally.

In "international legal terms, the United States government is guilty of serial wars of aggression, crimes against peace, crimes against humanity, and war crimes that are legally akin to those perpetrated by the former Nazi regime in Germany."

Worse lies ahead unless stopped. Accountability is sorely lacking. Mass annihilation threatens everyone. So does institutionalized tyranny. It's coming to a neighborhood near you. Humanity may not survive Obama's watch.

He "was a conservative national security hawk." Obama promised progressive change. He exceeded the worst of his predecessor. He's done so unapologetically.

"Both were terrified by leaks and recruited the government into the struggle against them. With Nixon, they eavesdropped on conversations of key journalists and officials who were suspected of being their sources."

Obama exceeds the worst of Nixon's lawlessness. He's got technological tools Nixon lacked. He uses them and much more. He does so recklessly with abandon.

Nixon left Washington ingloriously. Obama's free to wage war on humanity. He monitors everyone. He does so to choose targets. He's listening to you now.

He reads your emails. He checks web sites you visit. He knows your medical and financial history. He knows what company you keep. He watches every move you make. He knows what you do, where and when.

He sees you when you're sleeping. He knows when you're awake. He knows everything you do he disapproves of. He's making a list you don't want your name on.

He's intolerant of less than total subservience. He rules by what he say goes. Obey or else reflects policy.

Haaretz said " 'Tricky Dick,' who left this world on the verge of the Internet age, could only fantasize about the technological power (Obama) enjoys."

Nixon spied the old fashioned way. He did it selectively. Obama does it globally. He does it with technological ease. Virtually everyone is monitored all the time every day.

Everyone potentially is suspect. Alleged terror threats are pretexts for darker motives.

Haaretz claimed both presidents reacted differently when caught. Not so. They both lied. Nixon did it his way. Obama chose his own. Each disclaimed responsibility. Both ducked admitting guilt.

Obama did Nixon one better. He did that and much more. Nixon was complicit in breaking and entering, burglary, obstruction of justice, destruction of evidence, and other garden variety crimes.

Obama violated fundamental constitutional law. It's the supreme law of the land. He did so without admitting culpability. He lied alleging otherwise.

He's waging war on constitutional rights. He targets anyone revealing information people have a right to know he wants kept secret. He threatens imprisonment or perhaps worse.

He usurped diktat power. He decides who lives or dies. His kill list chooses targets. He designated himself judge, jury and executioner.

He heads America's Murder, Inc. agenda. Anyone can be targeted anywhere in the world. Americans are vulnerable like others. They can be disappeared, eliminated or killed for any reason or none at all.

Obama has final say. Enemies of the state are ones he names. Until last weekend, Julian Assange and Bradley Manning topped his list.

Edward Joseph Snowden perhaps replaced them as public enemy number one. He's a wanted man. His life's in danger. If caught, he'll be prosecuted or killed. Perhaps China, Russia, or other countries will offer him political asylum.

Doing so doesn't assure safety. Snowden knows he's vulnerable everywhere. "You can't come up against the world's most powerful intelligence agencies and not accept the risk," he said.

He'll live with it for the rest of his life, he added - "however long that happens to be. I understand that I will be made to suffer for my actions, and that the return of this information to the public marks my end. There's no saving me."

Nixon's domestic crimes paled compared to Obama's. He did what supporters thought impossible. He matched Star Trek. He went where no administration went before.

He exceeded the worst of all his predecessors and then some. He remains unaccountable to commit more crimes. They're too horrendous to ignore. Impeaching him is a national imperative. Humanity's fate hangs in the balance.

1 Comments in Response to Obama: The Worst of Nixon/Bush Writ Large

Congress doesn't even read the bills that they sign into law. They just vote on the bills, and if the bill happens to get approved, so be it. So, whet can the President get away with?

Sen. Rand Paul Speaks Out Against Senators Voting without Reading the Bills - 6/29/12