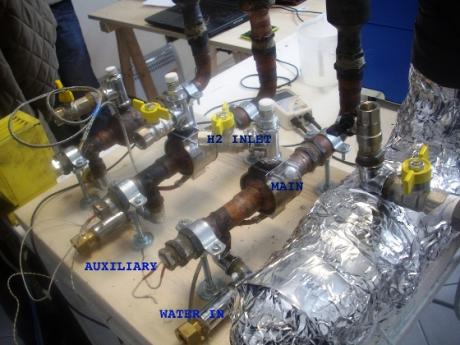 As an inventor, I sadly on a personal note, because of a competitive invention that is nearing commercial development and happily on a social note, look forward to a technology that will, in my opinion, be the greatest technological advancement "ever" in our world.

Called the E-Cat, the Energy Catalyzer and its commercialization are nearing as well. I’ve been following its development since mid January and I am now 100% convinced that the inventors have perfected some type of cold fusion. Slated to be just 40 centimeters cubed, this device is going to singnificantly change the world.

The E-Cat appears able to outperform fossil fuels in “COST EFFICIENCY”  by well over eighty percent and it will deliver safe, reliable, and environmentally friendly, almost free energy, after the low upfront capital costs have been made. The upfront capital costs are currently being forecasted at less than $700. To give you an idea, for the 10 kWh E-Cat, that would make it less that 1/10 the cost of any known energy source today. How about seeing the world’s energy costs drop by more than 95%. And if you don’t think it’s true, you’re wrong. It’s already been tested, retested, evaluated, reevaluated and confirmed by a number of scientists and engineers, multiples times from around the world. They’ve even sold and are in the final stages of  building their first large 1 MW commercial unit to show it's ability to be set up in a series of the standard 10kWh units.

Why haven’t you heard about it when hundreds of thousands have? Does public panic mean anything to you? Just a guess but once they realized that they had finally broken the cold fusion code, they have quietly and meticulously began the commercialization process, knowing that someday very soon, the world was going to come to the realization that things were going to not only change radically, that it was going to probably change faster than any other technological advancement in the history of the world. Don’t get me wrong, the rapid increase of wealth that the E-cat is going to create is going to also bankrupt some industries and the individuals involved. However, the net benefits will be massively greater because of significant lower energy costs.  Lowering everyone’s energy costs are going to help everyone, even those that lose much of their wealth as we go through the transformation from fossil fuels, centralized energy, water and waste to a decentralized world, using almost free cold fusion powered everything. From Water and alcohol distillation to huge freighters, the Energy Catalyzer, or it’s bi-products will relatively soon power everything known to man, depending on how quickly it can be deployed, because everyone is going to want one and everybody is going to want one now, or at least as soon as it can be built. People will be literally waiting in line.

Let’s talk again about a free market technology coming to the aid of the world. As the worlds fiat currencies and their printers; governments face the largest boom and bust cycle that the world has ever experienced, along comes a technology that took decades to develop and create, that could literally save much of the world from continued chaos, depression and various types of warfare.

The current outlook for many of the developed nations of the world is quite bleak, as fiat currencies continue to devalue and the E-Cat is going to cushion the negative ramifications of millenniums of Keynesian economic mistakes and malfeasance.

How well the transformation goes depend on our humanity.  Some suggest that it will in fact be the most rapid deployment of any technology in world history. There could not be a better time or need for this to occur.

At this time, I do not represent the company or am I a part of this invention in anyway but I do believe it is time for those who have some level of ethics to start thinking about the ramification that this device is going to have on our world and their current business affairs and ventures.

1 Comments in Response to Greatest Technological Advancement in History