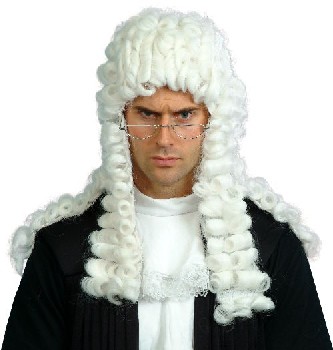 Adam Mueller, aka Ademo Freeman, stood inside the Keene District Courthouse in New Hampshire, waiting for Judge Edward Burke to step inside so he could ask him a question.

Less than two minutes later, he was arrested for threatening the judge, a felony charge called “improper influence.”

But Mueller had his camera rolling, so he captured the entire exchange on video.

And there is absolutely no evidence that he threatened Burke.

If they keep it up, the day will come when it is we the people dishing out justice to them as this is the way things are supposed to be. Let's hope for the day they fear us rather than the other way around.

First of all allow me to clear up a misconception. We keep referring to these black robed devils as judges. There hasn't been a real legal judge in this country since 1860 They are all administrative hearing officers, (AHO) A real judge if any still existed, would be dealing with honest organic constitutional law, but instead today we have aho's that deal with deceit, arrogance, control and power for the sake of mammon and the corporate agenda to keep the books balanced if you will.

With that being said, I too was arrested and jailed for 2 days on a contempt of court charge that went like this. I showed up by special invitation on a misdemeanor charge to make my plea. Traveling without a license. No such law exist, yet I was still being plundered for the dollars.

"When armed force compels compliance with mythical laws and money is demanded for its violation, power will corrupt and greed will never be satisfied."  Richard L Koenig

While sitting waiting for the dog and pony show to begin, the court drone, (thug with gun and badge) was handing out a form to everyone in the court room. When I inquired what this was all about, I was told that they needed all our information so we could be booked before leaving the court today. I just about feel off the bench. I told him he must be out of his mind only to be threatened with detainment or even arrest if I did not comply. I did not comply as I noticed everyone else witting away. This was the Twilight Zone for sure.

When the aho walked in and I did not stand, the aho immediately inquired who I was and if I had a case here today and to come up because he was going to do me first. That is what he said, "Come up here, we will do you first." I was going to be the example. My reason for not standing had absolutely nothing to do with any disrespect or contempt. I have my spiritual reasons for not doing so which is my right period and some of you may know why. It is not my fault that this arrogant aho does not know his history and has an over inflated ego.

When he asked me if I had received the complaint filed by the road Nazi, I responded with,  "I reserve all my rights without prejudice" he tried to cut me short on my statement and threatened me with contempt if I did not shut up and answer his questions. He next asked me if I understood the charges against me and when I replied, "I do not understand anything" he hit me with a contempt of court and had me arrested by his goon thugs. When I blurted back if that was criminal contempt or civil, he paused for a second and responded back, "criminal" which by the way they cut out of the audio transcript.

I could write a book and knowing what little I do know, I can sit one hour in any court room and see more crimes being committed under the color of law then any of us has seen in our entire life. The Justus system is sooooo corrupt today it is staggering. We have more people in jails and prisons in this country then all other countries in the world combined.

Never forget that everything Hitler did in Germany was legal.
Martin Luther King, Jr.

Barrett Tells Senate She Will Interpret Laws 'As They Are Written'

Joe Biden claims it's unconstitutional to follow the Constitution...

Another Phony Conservative Judge Nominated To The Supreme Court

Watch: "I Have No Agenda" - Judge Barrett Battles Dems On Abortion, Obamacare

Another Phony Conservative Judge Nominated To The Supreme Court

Turley: It's Time To Dismiss The Flynn Case