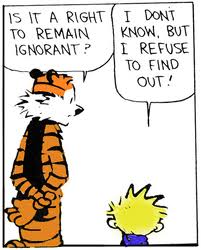 The night closes in. Read the surveys of what children know, what students in universities know. Approximately nothing. We have become wanton morons. As the intellectual shadows fall again, as literacy declines and minds grow dim in the new twilight, who will copy the parchments this time?

No longer are we a schooled people. Brash new peasants grin and peck at their iPods. Unknowing, incurious, they gaze at their screens and twiddle, twiddle. They will not preserve the works of five millenia. They cannot. They do not even know why.

Twilight really does come. Sales of books fall. Attention spans shorten. Music gives way to angry urban grunting. The young count on their fingers when they do not have a calculator, know less by the year. We have already seen the frist American generations less educated than their parents. College graduates do not know when World War One happened, or what the Raj was. They have read nothing except the nothing that they read, and little of that. Democracy was an interesting thought.

Ours will be a stranger Dark Age than the old one. Our peasants brush their teeth and wash, imagine themselves of the middle class, but their heads are empty.

And they rule. We have achieved the dictatorship of the proletariat. Hod-carriers in designer jeans, they do not quite burn books but simply ignore them. Their college degrees amount to high-school diplomas, if that, but they neither know nor care.

The things that have forever constituted civilization—respect for learning whether one had it or not, wide reading, careful use of language, manners, such notions as “lady” and “gentleman”--these are held in contempt.

Yet ours is a curious bleakness. Good things of everywhere and all time lie free for the having. When I was a child, you went to a library for books and the libraries often didn't have many. Today you can get even the Chinese classics, or those of Greece and Rome, or almost any book ever written in any language, from the web in five minutes. Do you want Marvin Minsky on finite automata? Papinian and Ulpian on Roman law? Balzac? Raymond Chandler? Tolkien? All are there. The same is true for any music, any painting, any movie, almost any historical curiosity: Ozzie and Harriet, Captain Video, Plastic Man. You can have cultivated friends in Kanmandu or Yuyuni in the Bolivian alitplano, and talk to them face-to-face with Skype.

This is news to no one. Yet it may prove important in ways we do not think. The internet allows an electronic community of those who have not been peasantrified. On the Web, learning and taste will live or, perhaps I should say, hide out. When there is no longer enough interest in books to support bookstores—they close now in droves—the residual demand integrated over the surface of the earth will provide enough of a market to keep the One True Bookstore, Amazon, going. Project Gutenberg will do the same for works not in copyright.

Things grow worse for the many but better for the few.

1 Comments in Response to A Culture in Regression

Fred Reed, who I've been reading for years, clear-cuts the forest of dis and mis information normally served by MSM.

His delivery is John Milton brought into our times.

I'm glad you got this past the censors, Gwen.

Universities Across America Want Students To Read This Book. We Did It For You...

Friendliest,' not fittest, is key to evolutionary survival, scientists argue in their new book

Oops!! What John Bolton Said Years Ago Might Get Him In A Lot Of Trouble Now

Bolton On The Attack - 'Tell All' Book...Or Pack Of Lies?