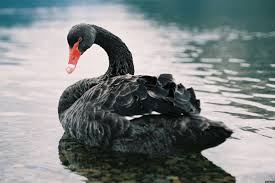 Moody's Analytics called the coronavirus "a Black Swan like no other." [1] Ditto for Anthony Fauci, Director of the National Institute of Allergy and Infectious Diseases, who says, "It's very, very transmissible, and it almost certainly is going to be a pandemic." [2]

One respected Wall Street analyst said the disease will impact both global supply and demand and ultimately "paralyze China." [3]

But Wall Street shrugged off these prognostications and is in such a mania of late, it managed to convince itself—on almost no evidence at all— that the virus is curable. Not only has it discounted the pandemic, but its ditzy moods pushed markets to all time highs as if to show its scorn for any intrusion sanity which might otherwise interrupt the frenzy.

Stephen Roach, former Morgan Stanley chief economist, says Wall Street's mania is ludicrous: "This is a market where if you declared it was World War III, they would rally on reconstruction!" [4]

Tesla doubled in value in less than a month. Nothing seems to temper the delirium.

But Frances Collins, NIH Director, says this disease is serious and transmissibility is incredible. One person was infected after only 15 seconds of exposure —and that was at a distance. [5]

The fact is this disease is only in its incipient stages, its transmissibility is horrific, and frankly we haven't seen anything yet.