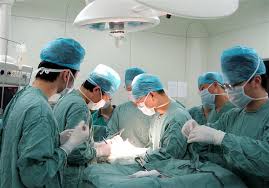 China has slaughtered thousands of its citizens to harvest organs such as hearts, lungs, kidneys, eyes and even skin for sale and to transplant into sick patients in hundreds of hospitals across the country.

A landmark international investigation, published in full today, will accuse the Beijing government of covering up 'crimes against humanity' that have been routinely carried out against religious minorities.

The inquiry says the organised butchery of living people to sell body parts can be compared 'to the worst atrocities committed in conflicts of the 20th Century' such as the Nazi gassing of Jews and Khmer Rouge massacres in Cambodia.

Sir Geoffrey Nice QC, a prominent war crimes prosecutor who led the probe, told The Mail on Sunday that there was such clear evidence of 'systemic and widespread' organ harvesting that international bodies should investigate if China is guilty of genocide.

'There is a systematic programme to kill people. They have willing doctors, an enormous medical infrastructure, and it is by all accounts a very lucrative business,' he said.

'Our Government should accept it is going on and take appropriate action.