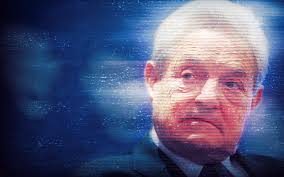 A report from the Washington Free Beacon notes that Billionaire elitist George Soros has pumped more than $50 million into Democrats' election campaigns for 2020, a record amount, and around $30 million more than he spent in 2016, with over three months still to go.

The report notes that Soros created a 'Democracy' PAC in 2019, and that Federal Election Commission figures show the PAC distributed almost $17 million in last the quarter alone.

This means that Soros has pumped in $48 million to leftist groups.

That figure is more than Amazon, Facebook, Boeing, and Google's parent company, Alphabet, the report notes.

The report adds that Soros has also pledged $4 million directly to Democratic campaigns and committees, outside of the PAC. This means that the $22 million Soros spent in 2016 has been more than doubled this time around.