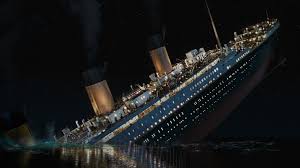 During my 40-year Wall St career, I've never seen a mania like this. The problem is that central banks are rogue hedge funds with printing presses who are not elected or accountable and make policies that are consistently wrong.

US stock markets were rocked last week by massive volatility that saw the most significant declines since the March correction. The US Congress and Federal Reserve policy of endless bailouts, moral hazard and exponential money printing are extreme fiscal profligacy that will sink capitalism faster than the Titanic on its maiden voyage.

Stock market indexes have recently rocketed to record highs. The NASDAQ traded up at 12,050.46, and the Standard & Poor's 500 index traded at 3,588.11, achieving another benchmark. Stock valuations are the highest they've ever been, exceeding the crash of 1929 and the 2000 technology bubble. Just six stocks have driven this rally: Apple, Amazon, Microsoft, Facebook, Google and Tesla.