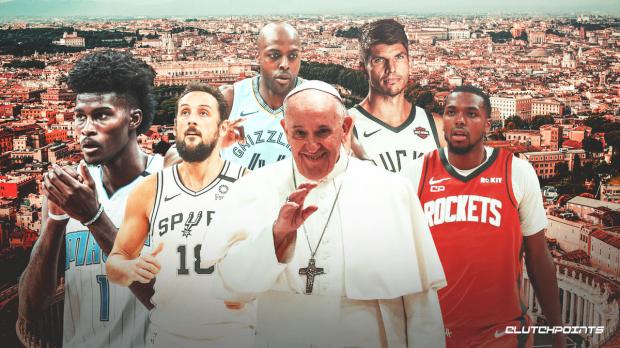 Korver initially thought the invitation to the Vatican was a prank, he told The New York Times.

'I thought it was a fraud email that I got,' Korver said. 'I called [NBPA executive director] Michele [Roberts] right away. I was like, 'Is this for real?' She said, 'Yes, it is and would you like to come in like two days?' This came together really quick.'