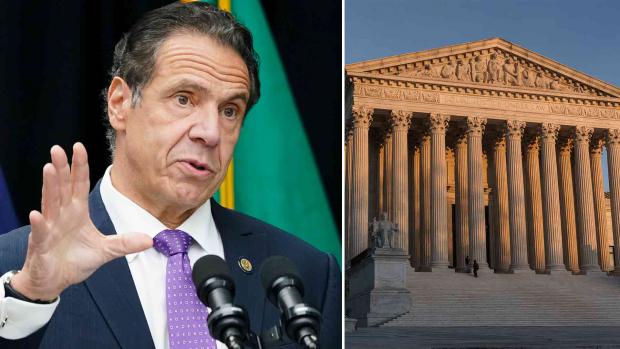 The state had told the court there was no need to act because the restrictions, which were adopted as a way to try to prevent the spread of the coronavirus, had recently been dialed back.

In an unsigned majority opinion, the court said the restrictions would violate religious freedom and are not neutral because they "single out houses of worship for especially harsh treatment."

While religious institutions were affected, businesses categorized as essential could admit as many people as they wish, the court said, and the list of such businesses included acupuncture facilities and others the court said were not essential.

The court said there's no evidence that the organizations that brought the lawsuit have contributed to the spread of Covid-19.

In his dissent, Roberts said he saw no need to take this action, because the state has revised the designations of the affected areas, and none of the houses of worship that sought relief now face numerical restrictions and can hold services up to 50 percent capacity.