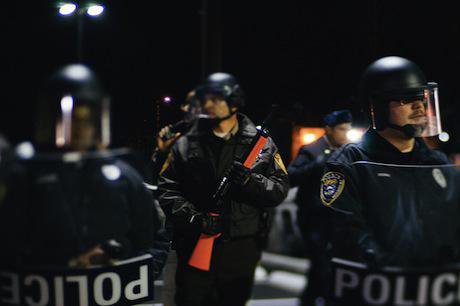 Floyd's death sparked violent protests, looting, and arson attacks in Minneapolis and St. Paul. It is just the latest reminder that politicians and judges — through federal law and judicial interpretation — have turned police into a privileged class that is most often unaccountable, if not entitled, to oppress other Americans.

ACLU attorney Carl Takei told the New York Times that police departments that permit "chokeholds try to differentiate between cutting off the flow of blood, which renders someone unconscious, and cutting off the flow of oxygen, which is deadly." This dicey distinction often goes amiss, as in 2014 when Eric Garner was killed by a New York City policeman's chokehold.

Such killings would very likely not occur without the sense of impunity conferred on police in much of this nation. Sen. Amy Klobuchar, was the chief prosecutor for Hennepin County (including Minneapolis) from 1998 to 2006. Klobuchar, who was nicknamed "KloboCop" by detractors, "declined to bring charges in more than two dozen cases in which people were killed in encounters with police," while she "aggressively prosecuted smaller offenses" by private citizens, the Washington Post noted. Her record was aptly summarized by a headline early this year from the Twin Cities Pioneer Press: "Klobuchar ramped up prosecutions, except in cases against police."

Minnesota cops also benefit from their state's so-called police officer's bill of rights, which impedes investigations into killings by police and other police misconduct.