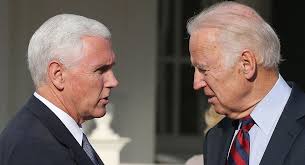 – whose close relationship with Hunter Biden was exposed via the President-Elect's son's hard drive – for the role of Under Secretary of Public Diplomacy and Public Affairs.

Luntz was recommended for the position, which aims to "lead America's public diplomacy outreach, which includes messaging to counter terrorism and violent extremism" by Short, whom President Trump viewed as partly responsible for Pence's certification of electors on January 6th and saw his White House access revoked in response.

The revelations come from a leaked "highly confidential" State Department document, which outlines Short's rationale for the position was Luntz's previous work in "PR" and as a "GOP Political Pollster."

"Support the achievement of U.S. foreign policy goals and objectives, advance national interests, and enhance national security by informing and influencing foreign publics and [missing] by expanding and strengthening the relationship between the people and Government of the United States and citizens of the rest of the world," the document adds as the "key issue" for the position.

The recommendation was ill-advised, as Luntz has especially strong ties to the Biden family.