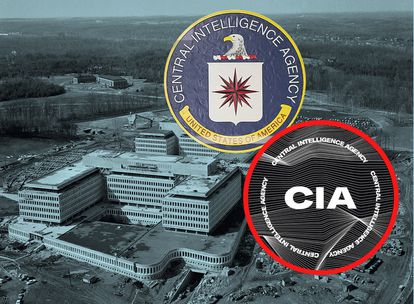 The promo went viral on Twitter, racking up almost a million views, prompting 'The CIA' to start trending.

In the video, a Hispanic woman regurgitates glib social justice mantras, explaining how she is a "daughter of immigrants" while bragging about being "perfectly made."

"I am a cisgender millennial who has been diagnosed with generalized anxiety disorder," she states.

"I am intersectional, but my existence is not a box checking exercise," she adds, after having ticked a whole raft of 'diversity' boxes and showing off her 'Donald R. Cryer award for diversity and inclusion.'

She then begins rambling on about not allowing her inflection to rise at the end of her sentences and having "earned her way in" (but not by checking diversity boxes, surely?).

"I used to struggle with imposter syndrome, but at 36, I refuse to internalize misguided patriarchal ideas of what a woman can or should be," she states, once again definitely not trying to tick diversity boxes.

She then continues to stroke her own ego before declaring herself to be "a proud first generation Latina and officer of the CIA."

Respondents to the clip expressed a mixture of disgust and bewilderment at the utter state of the CIA to be forced to resort to such pandering.

Turns out the CIA was behind Woke all along. Seems kind of obvious in hindsight. pic.twitter.com/QQfnV1It0k