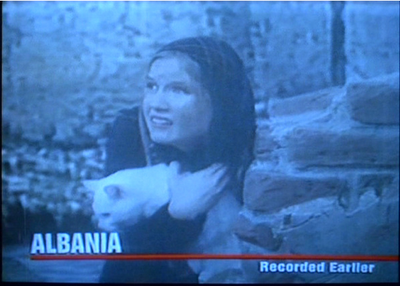 Pyongyang threatens no one. Media scoundrels say otherwise. So does Obama. On the one hand, he claims no one wants war on the Korean peninsula. He urges Pyongyang "to pursue peace."

On the other, he's heightening tensions. He accused its leaders of "bad behavior," "threats," and "provocations." He's creating crisis conditions that didn't exist. He's spoiling for trouble doing so.

Fidel Castro commented. He discussed "great challenges" humanity faces. The "situation created in the Korean Peninsula (is) one of the most serious dangers of nuclear war since the October Crisis around Cuba in 1962, he said."

If war erupts, "the peoples of both part of the Peninsula will be terribly sacrificed…." It'll provide added proof that Obama is "the most sinister character in the history of the United States."

Avoiding war is his call, said Castro. It's also up to Americans to demand it.

Heightening tensions is a US specialty. On April 13, a "Joint Statement at the United States-Republic of Korea Foreign Ministers' Meeting said:

"The United States reaffirms its commitment to the defense of the Republic of Korea in the wake of recent unacceptable provocations by North Korea."

"Both sides agree on the importance of the denuclearization of North Korea, knowing that North Korea's dangerous nuclear and missile programs threaten not only its neighbors, but also its own people."

"The United States stands vigilantly by the Republic of Korea's side. (Both) countries remain committed to the goal of peaceful denuclearization."

Washington asserts the right to use them preemptively. Eventually perhaps they'll do so. The threat is real.

At the same time, America encourages Russia and China to reduce their nuclear arsenals. It wants North Korea denuclearized. Doing so makes a US first-strike more likely.

America's the only country ever to use nuclear weapons. It's not hard imagining they'll do so again. East Asia's a prime target. China, Russia and North Korea know it. Thermonuclear disaster is possible.

"….Washington (is) willing to resume long-stalled negotiations but only if the North Koreans….move seriously on denuclearization."

"But the window into North Korea's nuclear intentions and American policy in response was as blurry as ever."

"The Defense Intelligence Agency rang alarms bells on Thursday with a report that it had concluded with 'moderate confidence' that the North was capable of launching a missile with a nuclear warhead."

"North Korea poses a more imminent nuclear threat than Iran." Washington so far "failed to curb either the North's nuclear weapons program or its bellicosity."

Readers are systematically lied to. It's standard Times practice. Doing so marches in lockstep with Washington's imperial policy. Times editors aren't alone. Other Western ones match them.

"Could this untested, 30-year-old dictator be preparing to (do so against) the United States or South Korea? The worrying reality is that it is virtually impossible for outsiders to know for sure."

It's "playing an old and familiar game. (It's) stoking a crisis atmosphere in order to rally support (and ) pressure the United States and its allies into opening negotiations."

Previous US administrations "learned the hard way, answering provocations with diplomacy will not lead to concessions….only to another round of provocations."

They spurn peaceful conflict resolution. They want measures increasing the chances for war. They might get what they wish for. They may regret having done so.

"If you push them too far, they might do something stupid." They're "unpredictable."

According to Dan Henninger:

Kim Jong Un's father and grandfather were "more unstable than he is." He accused them of offenses they didn't commit. It's standard media scoundrel practice.

Kim Strassel said North Korea "manufacture(d) a crisis." It did so to "secure high-level talk(s and) get concessions from the West."

The remaining discussion continued along the same lines. Pyongyang's blamed for Washington's provocations. Fingers point the wrong way. At the same time, Journal editors claimed Iran's about to "go nuclear."

"At any moment, North Korea may fire more missiles…."

"As all of us wait to see what comes next, no one in the West knows the intentions of….Kim Jong Un."

"North Korea has a growing nuclear arsenal. It commands world attention with its threats of nuclear retaliation against the US and other enemies."

It may be able to launch a nuclear weapon by ballistic missile. "All of this worries not only American officials but also US allies in the region…."

"Now imagine a world with not one rambunctious and nuke-emboldened North Korea, but two."

"That is, imagine a world in which the Islamic despots of Iran, too, control a nuclear arsenal."

Today's Tribune editors replicate former publisher Robert McCormick. He was outspoken and conservative. He was rabidly right-wing, anti-union and belligerent.

He was heir to the International Harvester fortune. He became the Republican party's kingmaker. He supported America's 1916 Mexico invasion. He was a cavalry major in the conflict.

In WW I, he was an artillery officer. He rose to the rank of colonel. He was ardently anti-Communist. His editorials condemned it. Today's follow in his footsteps. They support tough measures against North Korea and Iran. They blame both countries for America's belligerence.

Washington deplores peace. It prioritizes war. It threatens humanity. Attacking North Korea or Iran could precipitate global war. The danger is real. Both countries have justifiable cause for concern.