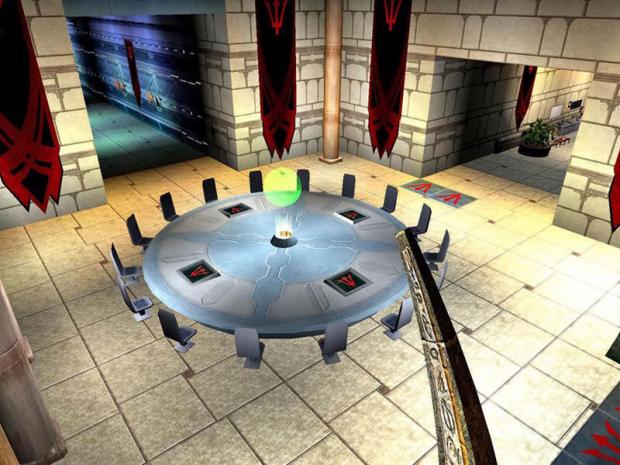 US and other Western officials do it openly. They're doing it lawlessly. They're violating international law.

"Nothing contained in the present Charter shall authorize the United Nations to intervene in matters which are essentially within the domestic jurisdiction of any state or shall require the Members to submit such matters to settlement under the present Charter."

Under no circumstances may one nation, or combination thereof, intervene against another without Security Council authorization.

Article 8 of the 1933 Montevideo Convention of Rights and Duties says: "No state has the right to intervene in the internal or external affairs of another."

• the Organization of American States;

• Organization of African Unity; and

Various conferences affirmed non-intervention. They include Montevideo, Buenos Aires, Chapultepec, and First Conference of Heads of State or Government of Non-Aligned Countries in Belgrade, among others.

Washington ignores rule of law principles. So do rogue EU partners. They're allied against Ukraine's government. They want it co-opted.

They want its relationship with Russia subverted. They want control of all former Soviet republics. They want Moscow increasingly isolated. They want Caspian oil and gas resources exploited.

They're waging war by other means. Financial/economic/political brinksmanship is potentially more menacing than standing armies. At issue is exploiting developing nations for profit.

Ukraine is special. It's one of Europe's largest countries. It's the most important former Soviet Republic.

It's Central European location is strategically important. It borders the Black Sea and Sea of Azov. They provide Mediterranean Sea access. Sevastopol, Ukraine is home to Russia's Black Sea Fleet.

Moscow supplies about one-fourth of EU's natural gas. Around 80% of it transits Ukraine. It's historically been called Europe's "bread basket."

Russia is Ukraine's largest market. China is increasingly important. About one-fourth of Ukrainian workers are in agriculture or forestry related areas.

Ukrainian sovereignty is at stake. EU foreign ministers are in Kiev. They're attending an Organization for Security and Cooperation in Europe (OSCE) summit.

US Assistant Secretary of State for European and Eurasian Affairs Victoria Nuland represents John Kerry. He opted not to attend. He snubbed Ukraine's President Viktor Yanukovych.

"EU officials and European politicians going to Ukraine to a sovereign independent country and urging for people to rise up, to oppose the government."

"These politicians shouldn't be traveling to another country and encouraging, I would argue, effectively a coup against the democratically elected government of Ukraine."

It's a de facto protest headquarters. Nuland met them there. Doing so created an illusion of disruptive legitimacy. On December 5, she addressed OSCE delegates. In part, she said:

"The whole world is watching" Ukraine. OSCE "principles and valuesâ€¦hang in the balance...sovereignty, freedom of choice, freedom of association, democracy and constitutional governance, peace and stability."

"This is Ukraine's moment to meet the aspirations of its people or to disappoint them, and risk descending into chaos and violence."

"What happens here matters to all of us and to this Organization. There should be no doubt about where the United States stands on this."

"We stand with the people of Ukraine who see their future in Europe and want to bring their country back to economic health and unity."

Russia is very much part of Europe. It's the world's largest country geographically by far. It has Europe's largest population. Perhaps Nuland needs a geography lesson.

She represents Washington's imperial agenda. It's polar opposite what benefits Ukrainians. They're wise to turn East, not West.

It does so at home and abroad. It does it egregiously. Nuland is very much involved. Advancing America's imperium matters most.

Doing so involves ruthless exploitation. Washington sees Ukraine as low-hanging fruit. It wants it plucked away from Russia. It wants unchallenged Eurasian control. It wants it globally.

Among others, he named German Foreign Minister Guido Westerwelle. He visited Kiev's Independence and European Squares. They're the main protest venues.

He met with opposition leader Vitali Klitschko. "Excuse me," said Medvedev, "but taking part in such actions is called simply interference in internal affairs."

"I wonder how our German partners would feel if, for instance, the Russian Foreign Minister just went to some gathering, which was violating German regulations. I doubt they would take it as a friendly step."

Imagine the US uproar if Russian and/or Chinese officials met openly or otherwise with Americans against Washington's imperial lawlessness.

Westerwelle is one of a number of EU figures violating Ukrainian sovereignty.

He dismissed accusations about Moscow pressure behind Ukraine's decision to abandon an EU alliance.

"They made calculations and realized that they are not prepared for it at the moment," he said.

"It's their own business. We simply pointed their attention to the problems and said they would face them."

"The Ukrainian President made a stop in Sochi on his way home from China."

"His brief working visit highlighted bilateral issues and an upcoming session in Moscow of the Russian-Ukrainian Interstate Commission."

"We condemn the use of excessive force against peaceful demonstrators in Ukraine."

"We call on all parties to refrain from provocations and violence."

"We urge Ukraine to fully abide by its international commitments and to uphold the freedom of expression and assembly."

"We urge the government and the opposition to engage in dialogue and launch a reform process."

"A sovereign, independent and stable Ukraine, firmly committed to democracy and the rule of law, is key to Euro-Atlantic security."

"Our partnership will continue on the basis of the values of democracy, human rights and the rule of law."

"NATO remains committed to supporting the reform process in Ukraine."

NATO is a US-led rogue killing machine. It's responsible for mass slaughter and destruction.

It spurns rule of law principles. It violates fundamental civil and human rights. It's anti-democratic.

"I do not understand why NATO adopts such statements. We encourage everybody not to interfere."

"I cannot understand why such questions are asked," he said. "It helps to create a distorted picture and sends a wrong signal which may cause wrong understanding."

He criticized "the scope of the aggressive actions of the opposition." He stopped short of explaining they're Western instigated.

He criticized NATO expansion as "a continuation of the old logic of the Cold War."

"It implies not only preserving the dividing lines, it's moving (them) further to the East."

Its dirty hands are manipulating street protests. It remains to be seen how far things go. They're very much unresolved so far.