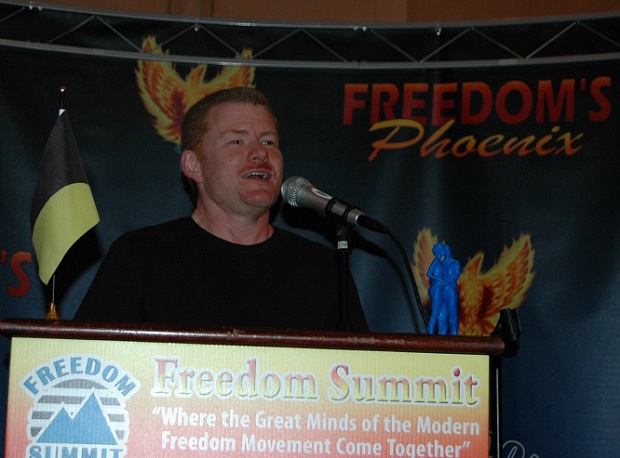 Less than 24 hours ago, I threw out a sort of distress signal, just
before hitting the road for another day of driving. For those who
missed my "tale of woe," I'm including it below. It's so sad it's
almost funny. What made it extra funny is that right after sending
that message yesterday morning, I thought, "Oh well, time to start
the long, boring drive to Houston, and then home," only to gaze
outside and see what looked like a freaking hurricane--trees
leaning over from gail-force winds, a complete downpour, etc. Oh,
and the driver's side window of the car I was using didn't roll up
all the way. Yippee!

Because I have an extremely dumb phone (as opposed to a "smart
phone"), I have hardly any contact with the outside world while on
the road. So I flung out my plea for help right before hitting the
road, and then drove through blinding rain, lightning storms, and
tornado warnings--and that was just North Carolina.

To get to the punchline here, I cannot begin to express my
gratitude for the outpouring of support that happened, unbeknownst
to me, while I was driving yesterday. I haven't had time to add
everything up, but at this rate, I fully expect that: 1) I will get
my car back; 2) I will more than break even on this 7,200-mile road
trip (that was supposed to be 4,800 miles), and; 3) I will feel
slightly guilty at doing a lot better than breaking even, just
because I pitifully whined for help. Of course, Tessa and Elyssa
are hugely grateful too, back in snow-covered Pennsylvania. It will
be another several days before I see them again, but at least when
I see them, they won't be frozen solid, huddled around an empty
kerosene heater. Yippee!

But seriously, thank you so much to those who basically saved our
butts from this drastic series of unfortunate events. I hope this
message of "We're not doomed anymore!" spreads as fast as the
message of "Help!" did, though it probably won't. Rest assured, if
we end up with excess, it will simply free up more of my time to
keep battling the plague of authoritarianism. And on that front,
things are looking pretty dang encouraging in a lot of ways.

It's time to see if there is any way of salvaging the wreckage of
what this cross-country tour has turned into. Don't get me wrong:
the events themselves--in Missouri, New Mexico, Arizona, Texas and
North Carolina--and meeting different people, and having a bunch of
interesting discussions, has been great. It was the "complications"
that were a little too "interesting" for me. For those who didn't
hear what happened, here's the relatively short version:

Months ago I was invited to speak at "Freedom Summit" in Phoenix,
Arizona. Since I refuse to fly the fascist skies, that would mean a
4,800-mile round trip drive. I decided to try it, having a few
meetings along the way to make it interesting, and to hopefully
sell some books to cover the costs of gas, lodging, etc. I had
meetings with little groups in St. Louis and Albuquerque, and did
the main event down in Phoenix, and all of that was fun and
productive. My goal was to at least break even on the trip, and
right up until Tuesday, I was actually ahead.

Then, on Tuesday, while driving along I-10 in the middle of Texas,
my timing chain broke. I was scheduled to do an event that night in
Houston--which was still 250 miles away--and I figured that was
doomed. And I was sure that the event scheduled for Thursday night,
in Raleigh, North Carolina, was doomed. (I was already pushing my
luck with timing, driving over 500 miles a day on average.)

However, thanks to the help, ingenuity and generosity of two guys
named Tom and Matt, I ended up doing the last 250 miles to Houston
in the front of a flat-bed truck, with my dead car on the back.
(The tow-truck driver and I had a fun chat, and I ended up giving
him a copy of "The Iron Web.") We dropped my car off at a mechanic,
and Matt drove me to the event in Houston, which went very well.

I was still sure that the Raleigh event, scheduled for two days
later, was doomed. But someone suggested I throw out a message to
my e-mail list and YouTube channel to see if any miracle might
occur. I did, and this time three people who didn't know each other
(Matt, Hal and Adam--all anarchists, by the way) cooperated,
organized, and generously chipped in their time, effort, money,
etc. to pull off a miracle, and at 5:00 p.m. Wednesday afternoon, I
was hitting the road again, in a borrowed car.

I spent the next 23 hours driving (through the night) 1,200 miles
to North Carolina, with just a few nap breaks along the way,
because I refused to chicken out from an event that another
anarchist had arranged to happen at State University in Raleigh. I
got to where I was going to stay for the night, made myself seem as
human as possible, jumped back in the car, and made it to the venue
with less than an hour to spare. Having not slept for about 36
hours at that point, I gave a talk, and we had a great discussion
until late at night. I got back to my motel at just before 11:00
(after 40 hours without sleep). In one sense, it was mission
accomplished! Miraculously, all five of the scheduled events
happened!

However, that "smashing success" was somewhat mitigated by a few
things. First of all, this whole time Tessa and Elyssa (my wife and
daughter, for those who don't know) are back home without a car,
trying to stay warm in a house under two feet of snow, buying
heating oil and kerosene a few gallons at a time. I was supposed to
make my triumphant return home TONIGHT, to see them again and save the day. Instead, I now have to drive BACK to Houston with the
borrowed car, trade it for my car (being worked on now), turn
around and drive all the way home.

So my whole "breaking even" goal is pretty much shot to hell,
thanks to:
$700 bill for being towed (carried) from the middle of Texas to
Houston.
$1100 repair bill for busted timing chain and the valves that got
damaged.
$900 in car rental, gas & lodging expenses for my extra excursion
to NC and back.

Now, a bunch of people have already made a serious dent in that,
but I haven't yet had time to total things up yet, to see just how
big the hole still is. At this point, I'm pretty sure that my
"break even" trip is going to cost me over $2,000 that I don't
have. Meanwhile, my family is stuck at home in Pennsylvania, with
no me, and no money, and soon no heat. Quite the tale of woe, huh?

So this is one of those times when I must flush my pride down the
toilet, and pitifully beg for help from others (one of my least
favorite things to do). Aside from everything else, I don't know if
I can physically get home at all if I don't, because at the moment
I don't even have the money to pay to get my car back, much less
pay various bills that I had to borrow funds from just to get this
far. So to hell with pride. With the help of a bunch of others, I
made sure that all five of my committed stops happened (St. Louis,
MO; Albuquerque, NM; Phoenix, AZ; Houston, TX; Raleigh, NC). Now my
future is in the hands of a bunch of radical anarchists!

So I'll end my tale of woe, and start thinking about how to get
back to Houston. (Annoyingly, my home and family are a mere 400
miles away from me right now, but I have to drive another 2,800
miles before I see them again.) To save my sorry butt, and my
family, I must now pitifully grovel and beg a bit. If you can spare
some alms for a down-on-his-luck anarchist, and want to chip in
your spare change, my PayPal address is just
"larken@larkenrose.com" and my "snail mail" address is below. If
you send CASH to the address below, Tessa could definitely use it
as soon as it arrives. If you send check or money order, she can
deposit it there, but only I can access it where ever I am. So
either would be much appreciated, but since it will now be at least
four more days until I get home, I really hope some people can send
some cash to Tessa.

Whether my tale has a sad ending or a happy ending remains to be
seen. But at least it's been exciting!