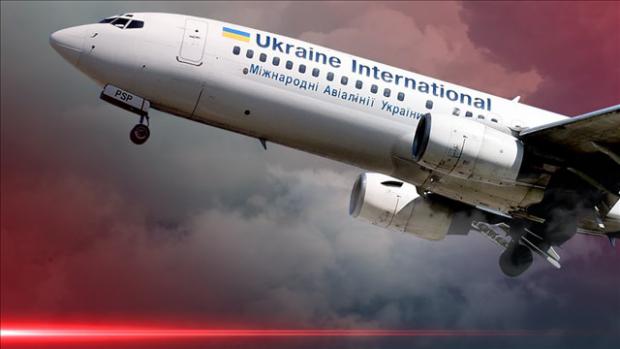 The difference between the two incidents is stark.

At a time of US-instigated heightened tensions, the accidental downing occurred because the plane's westward flight path put it close to an IRGC military site, making it appear to be hostile, defensive action taken against a potential threat.

The Trump regime bears full responsibility for what happened because of its endless regional hot wars, economic terrorism, and other hostile actions — forcing Iran's military to be on high alert against possible US aggression.

The NYT compared the incident to what it called the "accidental" US downing of Iran Air Flight 655 on July 3, 1988 — near the end of US-orchestrated Iraqi aggression on the Islamic Republic.

There was nothing "accidental" about what happened, how the Times misreported the incident initially and currently — falsely claiming the Iranian Airbus A300 was mistaken to be "a hostile F-14 fighter jet," both planes markedly dissimilar from each other.

The Iranian airliner was downed in its own airspace by an SM-2MR surface-to-air cruise missile launched from the USS Vincennes, killing 290 civilians, including 65 children and infants — unjustifiably justified at the time by a Big Lie.

Then-Iranian Foreign Minister Ali Akbar Velayati asked the Security Council to condemn the downing as a willful "criminal act, (a) massacre, (and an) atrocity."

The USS Vincennes was in Iranian waters at the time. It sank two Iranian gunboats posing no threat to US vessels.

The US Navy belatedly acknowledged that the Iranian airliner was ascending "on a normal commercial air flight plan profile," IDing itself as a commercial aircraft.

The captain of a nearby US warship at the time determined that the plane in question spotted on radar was a "non-threat."

"I will never apologize for the United States. I don't care what the facts are…I'm not an apologize-for-America kind of guy" — the same true for the vast majority of GOP and undemocratic Dem officials earlier and now.

Ship Captain William C. Rogers was awarded the Legion of Merit "for exceptionally meritorious conduct in the performance of outstanding service as commanding officer…from April 1987 to May 1989."

The citation omitted mention of downing Iran Air 655. At the time, Ronald Reagan called the incident "a proper defensive action."

Tehran University Professor Mohammad Marandi earlier explained that US authorities "lied about the flight, and the Western media mimicked the US government position," adding:

"They lied completely in order to make the Iranian airliner seem guilty and justify US acts. And later on it became very clear the airline…was acting as any other (commercial) plane was supposed to act" — threatening no one.

Marandi noted that Captain Rogers was "awarded a medal for murdering innocents."

At the time, GHW Bush falsely said the Vincennes "acted in self-defense (against) a naval attack initiated by Iranian vessels (on a US ship when the Vincennes) came to the aid (of an) innocent ship in distress."

His remark was a bald-faced Big Lie, what he surely knew but said it anyway.

The NYT then and now falsely called what happened "an accident."

The USS Vincennes downing of Iran Air 655 was cold-blooded murder.