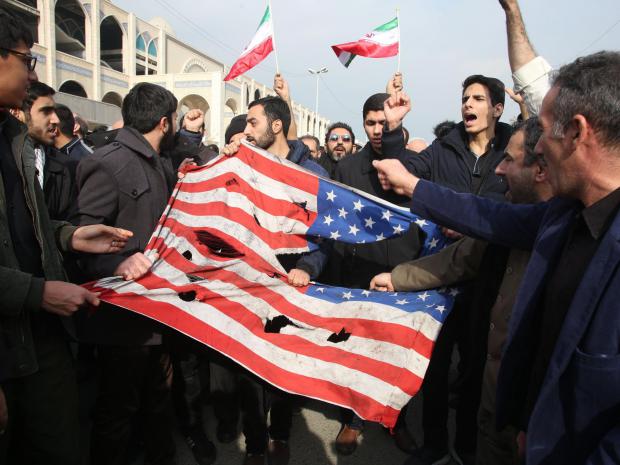 Decades of US hostility toward Iran for not bowing to its hegemonic will reached a fever pitch under Trump.

Regime hardliners and Netanyahu convinced him to wage all-out war by other means on Tehran, an agenda that risks things turning hot by accident or design.

What's going on against Iran, China, Russia, Venezuela, and other sovereign states free from US control is proof positive of an unprecedented threat to world peace, stability and security posed by both right wings of Washington's war party.

What further diabolical schemes do they have in mind ahead?

COVID-19 contagion and accompanying economic collapse have earmarks of a possible made-in-the-USA second 9/11 in new form that could prove far more devastating to most people in the US and elsewhere than the aftermath of what happened almost two decades ago.

It surely will if a Greater Depression, escalated US wars of aggression, and full-blown homeland tyranny are part of a grand scheme set to unfold in stages ahead — on the phony pretext of protecting national security from threats that don't exist.

US domestic and geopolitical diabolical aims are humanity's greatest threat, a nation hostile to virtually everything just societies hold dear — with super-weapons able to extinguish life on earth and willingness to use them.

China and Iran are in the eye of the Trump regime's storm — Beijing for its growing economic, industrial, technological, political and military strength.

In Iran's case, it's for its vast hydrocarbon resources the US seeks control over, along with wanting Israel's main regional rival state neutralized — despite no threat to any nations posed by the Islamic Republic.

His scheme is all about wanting pre-JCPOA Security Council sanctions reinstituted on Iran, along with a UN imposed arms embargo on conventional weapons sales to the country maintained — set to expire in October.

"We cannot allow the Islamic Republic of Iran to purchase conventional weapons in six months," he roared last month, adding:

"We are prepared to exercise all of our diplomatic options to ensure the arms embargo stays in place at the UN Security Council."

Pompeo also falsely claimed that Iran is not complying with JCPOA principles. Evidence shows otherwise, including US and EU breach of their obligations under the agreement.

Russia opposes a US draft Security Council resolution to maintain the embargo on Iran beyond its expiration date, Deputy Foreign Minister Sergey Ryabkov saying it will not be extended.

Russia and China both oppose Security Council action to maintain a conventional weapons arms embargo on Iran that's not part of the JCPOA.

The Trump regime aims to enforce continuation of the anti-Iran arms embargo even if its Security Council resolution isn't adopted.

It no doubt will unilaterally and illegally impose sanctions on nations selling arms to Iran.

Through the Security Council, Pompeo wants the JCPOA's so-called snapback provision used as a way to reimpose pre-agreement sanctions on Tehran by the SC.

Under the JCPOA's dispute resolution mechanism, sanctions removed under the deal can be reimposed if one of the agreement's signatories claims Iran failed to fulfill its obligations.

The so-called Working Group on the Implementation of Sanctions Lifting, coordinated by the EU's high representative, has 30 days to resolve a complaint against Iran if raised.

If impasse follows, a Joint Commission comprised of eight representatives from P5+1 countries, the EU, and Iran is convened to try resolving what's disputed.

If agreement can't be reached, its members could refer the matter to a three-member Advisory Board with one non-JCPOA signatory member.

The issue returns to the Joint Commission if impasse persists.

If resolution remains unattainable, the Security Council would have 30 days to try resolving it.

If no agreement is reached after all the above steps, previously removed Security Council sanctions would automatically be reimposed on Iran — nations with veto power not permitted to use it for this issue.

Achieving this objective is what Pompeo aims to accomplish — putting the Trump regime at loggerheads with Russia and China on Iran, besides many other major issues.

Time and again, its ruling authorities stressed that they're resolved to fulfill the nation's JCPOA commitments provided EU signatories to the deal meet their obligations.

In response to the Trump regime's May 2018 withdrawal,  Britain, France, Germany, and the EU breached their mandated obligations under the deal, falsely claiming otherwise.

Under JCPOA Articles 26 and 36, Iran may cease observing its voluntary commitments if other signatories breach theirs.

Deals only work when parties to them fulfill their obligations. By walking away from the JCPOA, the Trump regime aimed to kill it altogether, wanting Iran blamed for its unlawful action, the EU going along with the scheme by breaching what's mandated by the agreement.

In response to the E3's January action, Ryabkov said Russia is "in contact with the European trio, with the European foreign policy service, Iran and China on all the aspects of the situation that has emerged and that is quite alarming," adding:

"The European trio's attempt to activate the dispute resolution mechanism under JCPOA paragraph 36 is a destructive step that dramatically reduces chances to preserve the JCPOA."

"In our contacts with them, we…explain(ed) why we see their intention to launch the mechanism as counterproductive, as it, generally, has neither legal nor procedural nor political ground."

Reportedly, E3 countries yielded to heavy Trump regime pressure, including threatened sanctions on block exports to the US.

If Trump is reelected in November, the odds are overwhelming that the landmark JCPOA agreement will officially dissolve altogether — years of good faith work by negotiating countries lost, the world less safe by this development.

The Islamic Republic withstood over 40 years of US war on the country by other means.

It withstood everything thrown at it by Trump regime hardliners.

On the right side of history with support from Russia, China and other allies, its ruling authorities are resolved to preserve the nation's sovereignty and remain free from the scourge of US imperial control.