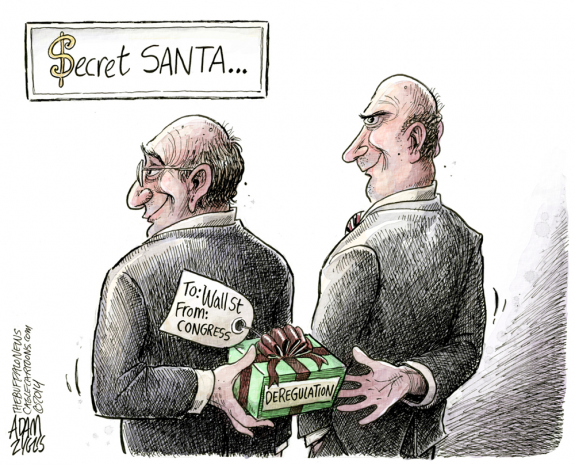 Extended stimulus talks between Dems and Republicans are politically deadlocked.

Both right wings of the one-party state support privileged interests exclusively at the expense of public health and welfare for all Americans equitably.

With November presidential and congressional elections in mind, Dems aim to defeat Trump, regain Senate control, and hold onto a House majority by throwing a few bones to ordinary Americans short-term.

Make no mistake. The Dem party of neoliberal harshness over equity and justice for all long ago abandoned the general welfare by prioritizing deference to corporate America and high-net worth individuals. The same goes for Republicans.

On Friday, the Wall Street Journal reported that Trump is "prepared to move forward with executive orders to provide more coronavirus aid to Americans, after White House negotiations with Democrats made no progress toward agreements on unemployment benefits and state and local aid, two of the central issues in the talks," adding:

Trump said he'll "take executive action to suspend the payroll tax, retroactive to July 1 and running through the end of the year."

He'll also "extend (end of July) expired jobless benefits through December" by authorizing a sub-poverty amount, far less than $600 weekly previously received by eligible recipients, along with "a partial moratorium on evictions and (some) assist(ance) with student-loan payments."

He provided no details on precisely what he intends to do.

On Friday, Treasury Secretary Mnuchin said he and White House chief of staff Meadow "will recommend to (Trump that because of) lack of activity today, (he should) move forward with some executive orders."

According to Bloomberg News, "Mnuchin and Meadows…rejected an offer from Pelosi to roughly split the difference in the price tags of the (Dem) and Republican coronavirus relief plans."

"Mnuchin called the idea 'a non-starter.' " Dem Speaker Pelosi reportedly told him "to come back when…ready to give us a higher number."

As things now stand, talks are "on the brink of collapse," Bloomberg reported. It's unclear whether they'll be further ones.

Can Trump legally act on his own, circumventing congressional appropriation power?

According to Article I, section 9, clause 7 of the US Constitution (the appropriations clause), "(n)o money shall be drawn from the Treasury, but in Consequence of Appropriations made by Law."

Congress has exclusive legislative power of the purse.

The appropriations clause requires the president and federal agencies to spend only what Congress appropriates.

Spending not congressionally authorized is unconstitutional.

At the same time, Congress is constitutionally obligated to provide funding that's necessary for federal government agencies to function.

Constitutional law experts differ on to what extent Congress may limit presidential actions, especially on issues related to national security.

At the same time, no federal court ever ordered Congress to appropriate funds for the executive or judicial branches of government.

The Wall Street owned and controlled Fed is the only federal agency that operates without executive, congressional, or judicial oversight — able to create limitless amounts of money at its discretion.

According to the Congressional Research Service (CRS), "constitutional and statutory provisions provide Congress with perhaps its most

"The Supreme Court has interpreted and applied the appropriations clause in relatively few cases."

"Still, these cases provide important fence posts marking the extent of Congress' power of the purse."

"The Court's cases…establish that executive branch officials may not exercise constitutional or statutory powers to compel, directly or indirectly, payments from the Treasury absent an appropriation passed by Congress…"

"(T)he Court's cases also provide support for the proposition that officials in the executive branch may not refuse to obligate funds when Congress has so mandated."

If talks between Dems and Republicans remain stalemated and Trump acts on his own to extend limited stimulus benefits at his discretion, his action will be unconstitutional.

Will Dems challenge him judicially? Will Supreme Court justices have final say on this issue?

Whatever happens at the federal level ahead, the vast majority of Americans are enduring the most severe economic hard times in US history.

There's no congressionally authorized/vitally needed jobs creation programs in prospect when around 30% of working-age Americans are jobless — economic conditions worse than during the 1930s Great Depression.