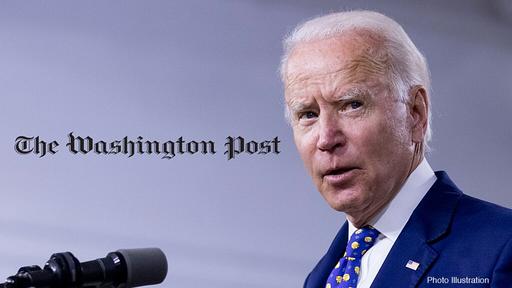 Most establishment media are lining up for Biden/Harris over Trump.

In 2016, the WSJ was an exception to the rule, calling Trump's candidacy a "political disruption (that challenges a) broken Washington (that) needs to be shaken up and refocused…"

"(W)ho better to do it than an outsider beholden to neither political party?"

On Saturday, the Journal headlined:

"Trailing in the Polls and Time Running Out, Trump Looks for One More Comeback"

He accumulated lots of nicknames in office, mostly unflattering.

If he beats long odds a second time around next month, he'll be a comeback kid twice over.

Newspaper endorsements once mattered, no longer as much with voters able to follow political and other news digitally.

According to The Hill, "research suggests that endorsements have greater importance with local races and local issues than at the national level."

"And newspaper endorsements don't seem to help very much."

"When Donald Trump was the Republican presidential nominee in 2016, he received fewer endorsements from the editorial boards of the nation's largest newspapers than any major party presidential candidate in (US) history. He won."

The anti-Trump NYT endorsed Hillary in 2016, Biden/Harris this year.

In 2020, so did the Chicago Tribune and Sun Times, the LA Times, the Seattle Times, San Francisco Chronicle, Boston Globe, St. Louis Post-Dispatch, and numerous other broadsheets so far.

Many newspapers haven't published an endorsement so far.

The CIA-linked Washington Post announced for Biden/Harris on September 28.

Calling Trump "the worst president of modern times," WaPo reinvented Joe Biden like the NYT and other broadsheets.

Ignoring his long history of shilling for powerful interests at the expense of peace, equity, justice and the rule of law, WaPo defied reality saying:

Biden "is exceptionally well-qualified, by character and experience, to meet the daunting challenges that the nation will face over the coming four years (sic)."

He never met a US war of aggression he didn't wholeheartedly endorse.

As US senator, one of his aides once said he directed his team "to think up excuses for new hearings on drugs and crime every week—any connection, no matter how remote."

"He wanted cops at every public meeting. You'd have thought he was running for chief of police."

It abolished parole for federal prisoners convicted after November 1987, limiting how much time sentences could be reduced for good behavior, among other repressive provisions.

He once boasted about legislation he backed for mandating five years imprisonment without parole for anyone caught with crack cocaine "no bigger than a quarter."

Racist contempt for people of color and the nation's most disadvantaged drove his repressive war on drugs and war on crime — most offenses targeted no greater than misdemeanors too minor to matter.

He once argued that Roe v. Wade (a woman's right to control her own body) "went too far."

Throughout his public life, he one-sidedly supported privileged interests over public health and welfare.

Like the NYT, WaPo falsely claimed Biden "would restore decency, honor and competence to America's government" — what he failed to do through his near-half century as US senator and vice president.

His record in office is polar opposite "offer(ing) a deep commitment to finding common ground in service to making government work for the greatest number."

WaPo reinvented Kamala Harris. Calling her Biden's "most qualified choice" for running-mate ignored her disturbing prosecutorial and political history — a figure disdainful of due process and equal justice under law.

On domestic and geopolitical issues, they offer no "positive vision," as WaPo claimed, just the opposite.

Time and again, US presidential aspirants endorse peace and stability over endless wars.

If elected, longstanding dirty business continues like always before without missing a beat.

Belligerence Biden supported as US senator and vice president will carry over to the White House if elected.

How he and Obama operated destructively for eight years will continue with him as president and commander-in-chief.

I oppose aspirants for high office from both right wings of the one-party state.

At the same time, I fear Biden in the White House more than Trump.

The incumbent continued wars he inherited and wages them by other means on China, Russia, Iran, North Korea, Venezuela, Cuba, and Nicaragua.

So does his regime's plot to undermine Russia's Nord Stream 2 gas pipeline to Russia, along with falsely accusing the Kremlin of poisoning Navalny with novichok.

No matter who serves as US president or in high congressional posts, privileged interests are served exclusively at the expense of ordinary people everywhere.

It's the American way, a fantasy democracy from inception, never the real thing.