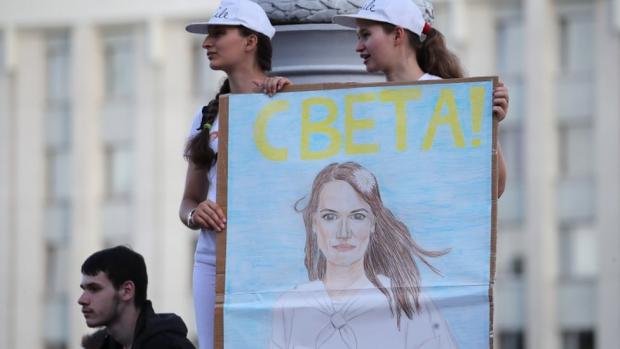 For over 70 years, Israeli regimes waged war on Palestinians by hot and other means with impunity.

It's about wanting historic Palestine erased, its land stolen for exclusive Jewish development, its people dispossessed — resisters brutalized or eliminated.

Since apartheid Israel was established in 1948, the world community ignored its highest of high crimes — including an entire population denied its fundamental rights under international law.

According to the Israeli Committee Against House Demolitions (ICAHD), over 100,000 Palestinian homes were unlawfully demolished in the Occupied Territories since 1948.

In so-called unrecognized Negev Palestinian villages, Israel destroyed over 2,200 structures, nearly a third of which was residential property.

In its September 2020 Demolition and Displacement Report, ICAHD explained the following:

"79 (Palestinian) structures" were destroyed, including "24 inhabited residen(ces)," others relating to agriculture and other Palestinian enterprises — plus Aragib village entirely razed.

Israeli demolitions of Palestinian homes and other structures are crimes against humanity under international law gone unpunished.

They happen multiple times daily throughout the Territories — along with the high crime of suffocating over two millions Gazans under a medieval siege.

Palestinians suffer greatly under the yoke of Israel's repressive boot.

"1. Punitive demolitions: Houses demolished as punishment for the actions of people associated with the houses."

"2. Administrative demolitions: Houses demolished for lack of a (near-impossible to get) building permit."

Palestinians are forbidden from building on their own land for their own needs without apartheid Israeli permission — nearly always denied.

"4. Undefined demolitions" to steal Palestinian land for exclusive Jewish development and use.

Time and again, Israeli apartheid courts issue eviction orders in response to settler lawsuist that in just societies would have no validity.

Ethnic cleansing is longstanding Israeli policy — in cahoots with racist judges who rubber-stamp the practice.

Without virtually always denied permit permission, Palestinians are prohibited from building schools on their own land to educate children.

When doing it anyway, they're demolished, thousands of Palestinians throughout the Occupied Territories denied the right to education.

Thousands of others are forced to attend school in tents or other inadequate facilities without heat in winter or air-conditioning when needed.

Because of unacceptable road closures or other barriers blocking their free movement, countless numbers of Palestinians have to walk miles back and forth to schools or makeshift facilities daily — risking harassment or physical harm from settlers and/or soldiers.

Since the Netanyahu regime assumed power in March 2009, over 6,500 homes, schools, and other structures were demolished for lack of permit permission to build on Palestinian owned land.

Throughout this period, over 10,000 Palestinians were forcibly displaced, including thousands of children.

Under 4th Geneva, "(t)he Occupying Power (is required to) facilitate the proper working of all institutions devoted to the care and education of children."

It's prohibited from interfering with activities of educational institutions or requisitioning occupied property.

It's forbidden to destroy homes, schools, and other structures.

Fourth Geneva and the Rome Statute of the International Criminal Court call unlawful destruction of property a "war crime."

An earlier Mondoweiss report said "(t)he EU builds schools for Palestinian children. Israel destroys them" to drive families from their land and property.

On October 9, Middle East Eye reported that an apartheid Israeli court on Thursday "rejected…an appeal against the demolition of an EU-supported Palestinian school in" in Occupied Ramallah," adding:

The Netanyahu regime "issued a demolition order in September against the newly built primary school" without permit permission.

It served 50 Palestinian children aged-five to 13 who walked about 7 km daily to the facility.

According to the school's principal Noura al-Azhari, Israeli soldiers and settlers "stormed the school every day and confiscated our IDs, while settlers threatened and intimidated us."

Students expressed joy when the school was built. When Israeli authorities "decided to demolish it, (their) joy…turned into grief and outrage."

One teacher said if the school is destroyed "we will return and rebuild it."

"The night before…Israeli (forces) raided the area, confiscated the school's equipment, and demolished the small rooms made of zinc sheets and concrete blocks."

"The children had their first day of school out in the open air."

In 2019 after the school was rebuilt, Israeli forces demolished it because no permit permission was given to build.

Israel gets away with the highest of high crimes of war and against humanity because the world community never holds it accountable.

A day of reckoning is long overdue.