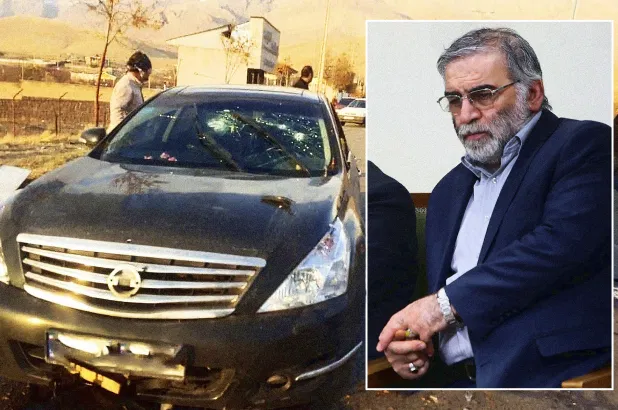 On the phony pretext of protecting national security, it has a long history of assassinating Palestinians and others it wants eliminated.

Former IDF chief of staff General Dan Haluts once said "(t)argeted killing is the most important method in the fight against 'terrorism (sic).' "

Like the US, Israel's alleged threats are invented, not real.

Murder is a capital offense most everywhere. It's a flagrant breach of international law.

Article 23b of the 1907 Hague Regulations prohibits "assassination, proscription, or outlawry of an enemy, or putting a price upon an enemy's head, as well as offering a reward for any enemy 'dead or alive.' "

UN Principles on the Effective Prevention and Investigation of Extra-legal, Arbitrary and Summary Executions (1989) states the following:

The US, NATO, and Israel operate by their own rules exclusively — the rule of law long ago abandoned.

According to Iranian media, Islamic Republic nuclear scientist Mohsen Fakhrizadeh — head of its Organization of Defensive Innovation and Research (SPND) — was assassinated on Friday in his car by multiple assailants 40 km northeast of Tehran.

Explosives and gunfire took his life in what was a carefully orchestrated incident.

Security guards with him were also killed, along with three or four hitmen.

In January 2012, prominent Iranian nuclear scientist Mostafa Ahmadi Roshan was assassinated by a powerful sticky bomb attached to his car.

From 2010 to that time, he was the fourth Iranian nuclear scientist assassinated.

In November 2011, Iranian missile expert/General Hassan Moghaddam was killed in a blast at the Bid Baneh base outside Tehran.

In January 2010, a bomb outside his home killed Iranian nuclear scientist Massoud Ali-Mohammadi.

"During the clashes between his security team and the terrorists, Mr. Fakhrizadeh was severely injured and then transferred to hospital."

"The terrorist groups and the perpetrators of this blind act should also know that severe revenge awaits them."

"The cowardly assassination of Martyr Fakhrizadeh — with serious indications of Israeli responsibility in it – is another desperate attempt to wreak havoc on our region, as well as to disrupt Iran's scientific and technological development."

"Warning against any adventuristic measures by the United States and Israel against my country, particularly during the..current (US regime's time) in office, the Islamic Republic of Iran reserves its rights to take all necessary measures to defend its people and secure its interests."

With less than two months of Trump's tenure remaining, was Fakhrizadeh's assassination a Netanyahu regime attempt to provoke Iranian retaliation in hopes of getting the US involved in war on the country?

Mossad has a long history of targeted assassinations.

Its dirty hands were likely all over earlier killings of Iranian scientists.

Most likely, it was responsible for Fakhrizadeh's assassination.

The Netanyahu regime wants no return of the US to the JCPOA, hoping to kill it altogether.

Trump did more to fulfill Israel's wish list than any of his predecessors.

His actions included unlawful recognition of Syrian Golan as Israeli territory, moving the US embassy to Jerusalem, drafting a one-sided no-peace/Israeli-Palestinian peace plan, and arranging normalization of Israeli relations with the UAE, Bahrain and the Saudis.

While the Biden/Harris regime will  one-sidedly support Israel like all its predecessors, it may not be as accommodative of its wishes as Trump.

Most likely, it would want war with Iran avoided, while continuing hostile US actions against the country, short of attacking it militarily.

Despite continuing wars he inherited and waging them by other means on numerous countries — including "maximum pressure" on Iran — Netanyahu's aim to get Trump involved in hot war on the Islamic Republic is highly likely to fail.

Based on the above responses by Iranian officials to Fakhrizadeh's assassination, retaliation in some form(s) seems likely — short of what could explode the region in hot war.

The Netanyahu regime may have more anti-Iran provocations in mind while Trump remains in office.

Iran will respond in its own way at times of its choosing.

Since establishment of the Islamic Republic in 1979 — ending a generation of US-installed fascist tyranny — Washington never attacked Iranian territory militarily except for covert actions.

Whatever Netanyahu regime hardliners may try to involve the US in war on Iran ahead is highly likely to fail.

The Jewish state won't take military action against Iran on its own without US permission and involvement.

What never happened before most likely isn't in the cards ahead.