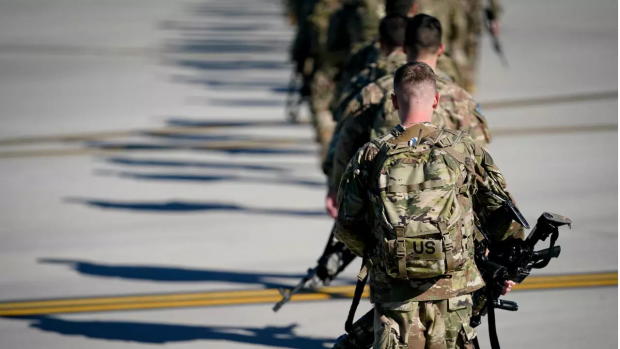 The Pentagon maintains a global empire of bases on every continent — for preemptive warmaking, not national security, at a time when Washington's only enemies are invented.

No real ones existed throughout the post-WW II period for over the past 75 years.

So they have to be invented as part of diabolical US plans for advancing its imperial interests.

Today, the US represents an unparalleled threat to virtually everyone everywhere.

US Special Forces and other combat troops are deployed in over three-fourths of world community countries — for offense, not defending national security.

CIA dark forces operate everywhere. Many of them masquerade as diplomats in US embassies and consulates.

Occupying US forces are responsible for murder, rape, theft, drunken driving, and other crimes.

Locals lose control over their lives and welfare.

They have no say and virtually no chance for redress against offenses harming them.

Wherever US forces show up, their mission is advancing US imperial aims — at the expense of world peace and stability.

Turse explained that US forces have been involved in "massacres (of civilians), (other) unjustified killings…prisoner abuse, child rape, child sexual abuse, mutilations, and other crimes, as well as drug trafficking and the theft of government property…"

From preemptive US war on North Korea in the early 1950s to post-9/11 US wars of aggression, millions of defenseless civilians were massacred by Pentagon and allied forces, millions more wounded, displaced, and otherwise harmed.

Throughout most of the post-9/11 period, US forces occupied Iraq —a nation it raped and destroyed in 1991, again in 2003 and its aftermath, along with over a dozen years of genocidal sanctions.

Analyst Gideon Polya estimated that from 1990 - 2011, violent deaths took the lives of about 1.7 million Iraqis.

Another 2.9 million perished from  sanctions, disease, deprivation and displacement.

US wars of aggression and genocidal sanctions destroyed the cradle of civilization.

Occupied Iraq continues to be an intermittent US war theater.

No wonder most Iraqis despise the US. Most of its legislators want Pentagon occupation ended.

According to an "exclusive" Middle East Eye (MEE) report, the Biden regime agreed to a "staged withdrawal of" Pentagon and allied forces.

A withdrawal timetable was not announced.

According to an unnamed MEE source, US-led coalition forces will be "limit(ed) to (providing) advice, training and support (sic)."

The role of likely reduced numbers of Pentagon-led allied forces will shift to the above ill-defined activities.

They could virtually involve anything, all of it harmful to world peace, Iraqi security, and rights of its long-suffering people.

Supposedly, all US-led combat forces will withdraw from Iraq at a time yet to be announced.

The current arrangement for US-led occupying forces was agreed on in 2014 — on the phony pretext of combatting US created and supported ISIS, deployed by the Pentagon and CIA to Iraq in large numbers as US proxy fighters against its government and people.

So-called US coalitions in its war theaters and hostile occupations consist of Pentagon troops with a little help from its imperial partners.

According to an Iraqi Foreign Ministry statement:

"(T)he mission of US and coalition forces (is now) transition(ing) to one focused on training and advisory tasks (sic), thereby allowing for the redeployment of any remaining combat forces from Iraq, with the timing to be established in upcoming technical talks."

As long as Pentagon forces occupy Iraq and regional countries in any capacity, they'll threaten their security and rights of their people.

Pentagon and so-called coalition forces "are in Iraq at the invitation of Iraqi government (sic) to support the Iraqi Security Forces (ISF) in their fight against ISIS (sic)."

US occupation is all about controlling the country and its resources, as well as to confront nonbelligerent Iran.

Iraqis will never know peace, stability and security as long as any US forces remain in their country or anywhere else in the region.