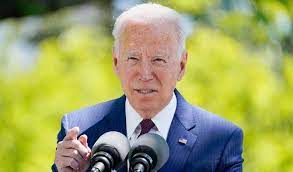 What's going on? Is Biden regime action against Iranian and other regional web domains prelude to greater US war against online truth-telling at home and abroad?

Here's what is known so far:

Despite US action against Press TV — for invented reasons because no legitimate ones exist — its news service is still available at presstv.ir. See below.

On Tuesday, the Biden regime illegally seized the web domains of Iran's English-language Press TV and Al-Alam, along with Yemen's Houthi-run Al-Masirah and other regional sites.

Seizure was all about silencing truth-telling media involved in reporting what conflicts with the falsified US/Western narrative, a statement saying the following:

The Biden regime shut down the above-named web domains "in accordance with a seizure warrant issued pursuant to 18 USC §§981, 982 and 50 USC 1701-1705 as part of a law enforcement action by the Bureau of Industry and Security, Office of Export Enforcement and Federal Bureau of Investigation."

The above action was unjustifiably justified by falsely accusing seized domains' owners of "trafficking in nuclear, chemical, biological, or radiological weapons technology or material, or the manufacture, importation, sale, or distribution of a controlled substance (sic)."

Citing the Orwellian-named 2005 Iran Nonproliferation Amendments Act and 2006 Iran Freedom Support Act, the Biden regime falsely called the above media operations an "unusual and an extraordinary threat (sic)" — that does not exist.

Nor does any evidence suggest their involvement in illegal activities.

On Tuesday, the US Justice Department's office of public affairs said the following:

"(P)ursuant to court orders, the US seized 33 websites used by the Iranian Islamic Radio and Television Union (IRTVU) and three websites operated by Kata'ib Hizballah (KH), in violation of (illegally imposed) US sanctions (sic)."

"On Oct. 22, 2020, the Office of Foreign Assets Control (OFAC) designated IRTVU as a Specially Designated National (SDN) for being owned or controlled by the Islamic Revolutionary Guard Corps Quds Force (IRGC)."

"SDNs are prohibited from obtaining services, including website and domain services, in the US without an OFAC license (sic)."

"OFAC's announcement explained that components of the government of Iran, to include IRTVU and others like it, disguised as news organizations or media outlets (sic), targeted the US with disinformation campaigns and malign influence operations (sic)."

"Thirty-three of the websites seized today were operated by IRTVU."

"IRTVU did not obtain a license from OFAC prior to utilizing the domain names (sic)."

"The announcements described KH as an Iraqi terrorist organization (sic) that committed, directed, supported or posed a significant risk of committing acts of violence against Coalition and Iraqi Security Forces (sic)."

"The three domains operated by KH were owned by a US company (?)."

"KH did not obtain a license from OFAC prior to utilizing the domain names (sic)."

Notably, US hostile actions came four days after Ebrahim Raeisi was overwhelmingly elected Iran's new president — one day after he called on the Biden regime to lift all illegally imposed US sanctions on Iran as required by international law.

The above accusations apply to hegemon USA and its imperial partners, not nonbelligerent Iran.

In stark contrast to Washington's war on humanity at home and abroad, the Islamic Republic prioritizes peace, stability, cooperative relations with other nations, and compliance with international law.

US hostility toward Iran, Yemeni Houthis, and Iraqi Popular Mobilization Units (PMUs) is all about their freedom from imperial control and opposition to US hegemonic aims — not for any threat or noncompliance with the rule of law.

It further shows likely failure of Vienna JCPOA talks ahead because of Biden regime refusal to comply with what's mandated by Security Council Res. 2231 — notably the lifting of all illegally imposed US sanctions on Iran.

It's further proof of what's known by its government and other sovereign independent nations.

The US can never be trusted — no matter which right wing of its war party is empowered.

Time and again, diplomatic outreach to them achieves nothing positive because promises by Washington virtually always prove hollow.

"(I)ts website will be available on its .ir domain" (presstv.ir).

"Over the past years, the US has for several times taken similar measures against Iranian media outlets" to silence their truth-telling news, information and analysis.

US dark forces-connected Google "has recurrently taken on Press TV more than any other Iranian outlet given the expanse of its viewership and readership."

"In March, Google for the seventh time blocked the English-language news network's access to its official YouTube account without any prior notice, citing nonexistent 'violations of community guidelines.' "

FB shut me down before for weeks, again this month twice — once for 24 hours, a second time for three days.

It was for truth-telling on cutting-edge issues FB wants suppressed in cahoots with US dark forces.

FB will likely do it again, perhaps permanently next time as part of its war on truth-telling.

FB and other anti-social media are censoring machines.

The same applies to gatekeeper Google.

He who controls the message controls groupthink.

It's able to suppress dissent and manipulate the public mind to reach consensus with the official falsified narrative.

It's all about wanting a submissive public kept unaware of policies harming the rights, well-being and futures.

In cahoots with US/Western dark forces, social and major conventional media operate as a collective Ministry of Truth.

Controlling the message is the defining feature of totalitarian rule in the US-dominated West.

It appears that presstv.tv was also blocked.