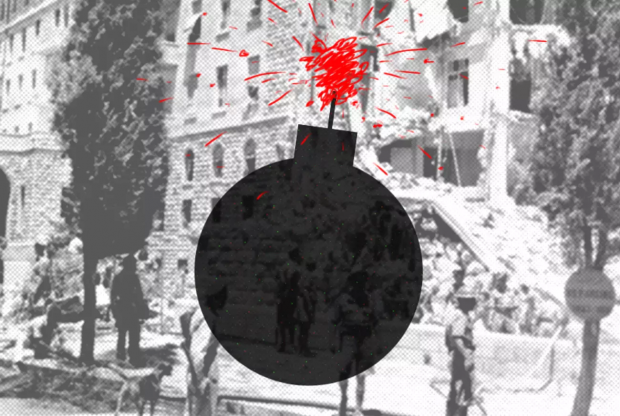 There's virtually no chance of this happening because of US support for Jewish state crimes of war, against humanity and other atrocities committed by its ruling regimes.

The unacceptable designation is "another attack by" the apartheid state, the illegal "occupying power, against Palestinian civil society organizations…to frighten and silence their (truth-telling reports of) Israeli violations against the Palestinian people," Mansour stressed.

As a previous article explained, the Israeli Bennett regime falsely, maliciously and ruthlessly designated Addameer, Al-Haq, Defense for Children-International – Palestine, the Union of Palestinian Women's Committees, the Bisan Research and Advocacy Center, as well as the Union Of Agricultural Work Committees as terrorist organizations (sic).

None support it like the US-dominated West and apartheid Israel.

The Adalah Legal Center slammed a move that only despotic regimes could love, saying:

"Israel is now attempting to deny Palestinians their right to assembly and association by criminalizing civil society organizations that provide vital human rights and social services."

"These groups are among the most prominent human rights organizations in Palestine that daily challenge and expose severe violations of human rights before the international community."

"Their designation as terrorist organizations fits totalitarian and colonial regimes and constitutes political persecution under the pretext of anti-terrorism legislation as it puts thousands of Palestinians in direct and immediate danger."

"Adalah is determined to resist these decisions by all legal means available."

The Addameer Prisoner Support and Human Rights Association responded to the unacceptable designation as follows:

"The arbitrary designations target six of the most eminent Palestinian CSOs and human rights defenders engaged in critical human rights work in the Occupied Palestinian Territory (OPT), including the documentation and monitoring of human rights violations, accountability work to prosecute Israel's war crimes and crimes against humanity, and legal and advocacy efforts to bring Israel's occupation, settler-colonialism and apartheid regime to an end."

"The designations represent an unprecedented and ominous attempt by the Israeli occupying authorities to silence and criminalize Palestinian CSOs that challenge Israel's prolonged military occupation, entrenched settler-colonization and apartheid of Palestine."

"Notably, the use of purposely vague and baseless 'anti-terrorism' legislation to criminalize the six organizations under Israeli domestic law follows years of sustained and systematic campaigns and attacks against Palestinian CSOs, to stymie their human rights documentation and cooperation with international and United Nations (UN) human rights mechanisms."

"The following designations reflect decades of Israeli attempts to control the Palestinian people and serve to further muzzle and decimate the independent functioning of Palestinian CSOs."

"In particular, the designations represent an egregious and unlawful application of Israeli domestic law to the OPT, in violation of Article 43 of the Hague Regulations (1907) and the Palestinian peoples' internationally-enshrined and inalienable right to self-determination."

"Demand that Israel revoke its designation of 'terrorist organization' against the six leading Palestinian CSOs.

"Urge the Israeli Ministry of Defense and Justice, and other relevant interlocutors to cease the employment of illegal practices and policies of intimidation and harassment, including the arbitrary criminalization, harassment, and repression of Palestinian CSOs, which violate fundamental conventions under international law."

"Condemn the designations as an  unlawful application of Israeli domestic law to the occupied Palestinian territory."

"Call upon the international community, including donors, supporters, and human rights actors around the world to condemn the arbitrary designations and intimidation tactics, and to publicly reiterate their support of the Palestinian civil society organizations."

On Sunday, "Al-Haq sent letters to European Union and Third States calling on them to publicly condemn and call for the full rescinding of Israel's designation of Palestinian human rights NGOs as 'terrorist organizations.' "

The Bennett regime's "designations are a further step in Israel's orchestrated smear campaign against the organizations, aiming to delegitimize their essential human rights work, and detract any (international) financial support by methods of intimidation, in order to silence" them.

"Al-Haq will tirelessly maintain its efforts to ensure that Israeli perpetrators of mass atrocity crimes are held individually criminally liable."

Al-Haq's director Shawan Jabarin said "(w)e will continue our work as we used to do, as if there is no decision or designation by the" Bennett regime.

"We will fight for the rights and freedoms of the Palestinian people, because our organizations belong to them and not to us."

He stressed that "Israeli war crimes and crimes against humanity are currently under investigation before the International Criminal Court (ICC), and that senior political actors in the Israeli parliament may be found individually criminally accountable in the Hague."

The unlawful designation "is a draconian measure that criminalizes critical human rights work."

"Documentation, advocacy, and legal aid are fundamental activities for the protection of human rights worldwide."

"Criminalizing such work is an act of cowardice, characteristic of repressive authoritarian regimes."

"Civil society and human rights defenders must be protected."

"We stand in solidarity with our Palestinian colleagues, and call on members of the Israeli government and the international community to oppose this decision unequivocally."

"Proud to be in solidarity with

@alhaq_org's director @SJabaren, and with other Palestinian human rights defenders."

"Al-Haq and @btselem proudly won international awards together, and together we will defeat this apartheid."

Haaretz called the Bennett regime's action "a stain on Israel."

Failing to explain its multiple daily "stains" in flagrant breach of international law — while the world community yawns and does nothing to enforce it — the broadsheet added:

Declaring "civil society organizations in the West Bank as terrorist organizations is a destructive folly that tarnishes all of the parties in the coalition and the state itself."

"The outlawing of human rights groups and persecution of humanitarian activists are quintessential characteristics of military regimes, in which democracy in its deepest sense is a dead letter."

Under repressive Israeli law, organizations declared terrorist groups can be shut down, their assets and other possessions seized, their members arrested, prosecuted and imprisoned.

The Biden regime's State Department unacceptably referred Bennett regime critics to its leadership "for an explanation of (its) rationale for making these designations (sic)."

"They have little chance of reversing their unlawful designations without strong support from the world community of nations, mainly the US-dominated West.

Bisan Center for Research and Development director Ubai Aboudi said "(w)e hope that the International community will put enough pressure on Israel so that it will back down."

On Saturday, the UN Human Rights Office in the Occupied Palestinian Territories denounced the Bennett regime's action as the latest in a "long stigmatizing campaign" by Israeli regimes against Palestinian human rights groups.

The UN's special rapporteur on the situation of human rights defenders tweeted the following:

"Human Rights Defenders are not terrorists & should never be smeared like this."

The Palestinian Authority said "(t)his fallacious and libelous slander is a strategic assault on Palestinian civil society and the Palestinian people's fundamental right to oppose Israel's illegal occupation and expose its continuing crimes."

Shifting from Netanyahu to Bennett changed nothing in apartheid Israel.

Its forever war on Palestinian civil society and targeted neighboring states continues like always before.

The scourge of its ruthless rule remains an unpunished international crime.

Waging slow-motion genocide against long-suffering Palestinians, accountability for its criminality is long overdue.

Palestinians won't ever live free in their own homes, on their own land, in their own country until free from occupation, and culpable Israeli officials are held accountable for what no one should tolerate.