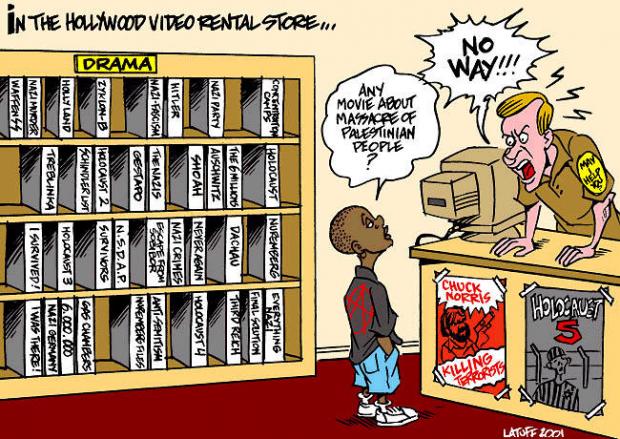 Israel is an equal opportunity abuser, treating women, old men, invalids, and children like young adults because they're Palestinians, not Jews, so they're fair game, vilified as national security threats or terrorists for wanting freedom, equality, justice and peace.

Defence for Children International (DCI) Palestine "is a national section of the international non-government child rights organisation and movement (dedicated to) promoting and protecting the rights of Palestinian children," according to international law principles.

Each year, hundreds, under 18, are arrested, detained, interrogated, tortured, and prosecuted, around 6,500 since 2000 alone.

"I went from having a normal life at home to handcuffs, deprivation of sleep, shouting, threats, rounds of interrogation, serious accusations," beatings and other abuse. As a result, "life (is now) dark, filled with fear and pessimism - tough days that words cannot describe."

On January 6, DCI/Palestine issued an "urgent appeal (for the) children of Silwan," an Arab village adjacent to Jerusalem's Old City, one of 28 such communities incorporated into the city.

Evidence of serious forms of abuse were documented. In 2010, sharp increases in child arrests occurred. According to Israeli police data, 1,267 criminal files were opened between November 2009 and October 2010, accusing children of throwing stones, based solely on unconfirmed suspicions.

"....children and teenagers related that they had been dragged out of their beds in the middle of the night or arrested in their neighborhoods by undercover detectives and special security forces; taken in for questioning while handcuffed and unescorted by their parents; in certain cases, the families were not notified of the arrest in real time; minors were asked to give names and incriminate friends and relatives as a condition of their release; were threatened and humiliated by their interrogators; and some were even subjected to physical violence while taken in for questioning and under interrogation."

-- detaining, interrogating, and abusing children as young as seven; yet under Israeli law, they're not criminally liable and must be released;

-- 76% reported violence during arrest, transfer and/or interrogation, including punching, slapping, kicking, beating with rifle butts, and in one case, throwing a pen at a child's head during questioning;

-- 61% reported painful hand ties, yet under section 10B of Israel's Youth Law relating to trial, punishment and modes of treatment, other methods should always be employed; restraints may only be used to prevent escape of harm to others;

-- 53% reported interrogations with no parent present; under Israeli law, they're entitled to be there, except in special limited cases; and

-- 53% reported threats during interrogation, suggesting long imprisonments, various forms of abuse, and other forms of intimidation.

Imagine, their alleged "crime" was stone-throwing, not theft, vandalism, assault or murder, yet they were treated like dangerous criminals, beaten, humiliated, isolated, and otherwise abused. One case involved a seven-year old boy beaten by soldiers on his way to school. He's now terrified to leave home.

Gaza remains a war zone, subjected to regular Israeli incursions, drone and F-16 attacks, fishermen fired on at sea, farmers attacked in their fields, and children shot while buying fruits and vegetable, collecting gravel, wood, or other materials, grazing goats, or simply living too close to Israel's border fence. Snipers in watchtowers use them for target practice.

From March 26 through December 23, twenty-three shootings were documented, willful crimes gone unpunished even though Israeli and some Western media report them, none in America.

Israeli repression devastated all Gazans, suffocating under siege and reeling from Cast Lead's aftermath, especially those living too close to Israel's border fence, in easy range of rogue snipers able to pick them off with ease.

Yet international law absolutely prohibits targeting civilians and non-military facilities or infrastructure, regardless of circumstances. Israel remains systemically in breach, criminally complicit as a serial violator, flouting all legal principles with impunity.

"Gaza on the edge of no return," Amira Hass headlined on January 6 in the New Statesman, saying:

One mother, like others, fears Israeli drones may strike anytime without warning, like Cast Lead's devastating onslaught. "In Gaza slang," drones are called "zanana," three kinds a Hamas official told her. "One watches over us and photographs every move, every person; the second fires missiles at us....And the third kind? Its whole purpose is to annoy us, to drive us crazy."

Their use is central to Israeli intimidation and "process of turning Gaza into a vast panopticon, a detention camp under constant supervision and increasing invisible control."

For days leading up to Cast Lead, Gazans noticed regular humming. "They grew more anxious - and rightly so." Now every sound scares them, "reawaken(ing) fears of another attack," and small ones happen regularly. Gazans never know when Israel will next strike full force, perhaps with intent to entirely destroy Gaza and kill thousands of its residents. Some feel it's just a matter of time. Israeli leaders commit unspeakable crimes, then lie calling them self-defense, including when young children are shot.

-- 30 West Bank incursions and one in Gaza, causing one death, five injuries, and 28 arrests, including nine children, a PLC member and one Israeli journalist;

In 1967, after Israel annexed East Jerusalem, the hotel was declared "absentee property," subject to confiscation. PA-appointed mayor Adnan Husseini called destroying it an "act of barbarism." His family claims ownership and went to court, challenging what led to its sale.

After annexation, East Jerusalem residents struggled to stay where their families lived for generations and they were born. Many, however, were forced out, their status to remain revoked. Those there aren't wanted in their own city, facing possible expulsion at the whim of Israeli authorities, targeting all Palestinians for removal.

In Occupied Palestine, the rule of law is null and void. Israel rampages freely as it's done for over 43 years, terrifying millions of residents wanting only to live free on their own land, regularly stolen for settlements and other development, excluding unwanted Arabs.