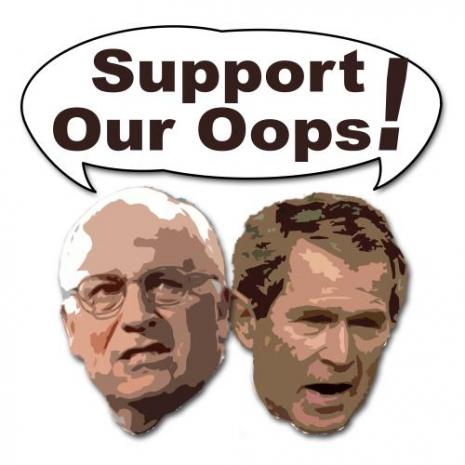 A previous article addressed torture as official US policy under Bush, accessed through the following link:

It remains so under Obama, authorized at the highest levels of government as part of America's bogus war on terror to instill fear and target suspected political opponents globally, including at home. No matter that it violates US and international law that prohibits torture at all times under all circumstances with no allowed exceptions.

Nonetheless, on September 17, 2001, Bush issued a 12 page "memorandum of notification" directive to CIA's director and National Security Council members, authorizing CIA to capture suspected terrorists and Al Qaeda members, then hold and interrogate them in offshore detention facilities. It launched his torture program by vesting CIA operatives with unprecedented lawless power. It gave them carte blanche authority to function extra-judicially by whatever methods it chose.

Numerous subsequent Bush administration memos, Executive Orders, National and Homeland Security Presidential Directives, findings, and other documents explicitly or implicitly authorized torture, including one on August 2, 2002, written by John Yoo, then White House counsel Alberto Gonzales, Jay Bybee (now a federal judge), and David Addington. It argued for letting interrogators use harsh measures amounting to torture. It said federal and international laws don't apply when dealing with Al Qaeda because of presidential authorization during wartime. It "legalized" anything in the war on terror, as well as authorizing supreme presidential power.

On March 14, 2003, the same quartet issued another memo titled: "Military Interrogation of Alien Unlawful Combatants Held Outside the United States," now called the "Torture Memo." It swept away all legal restraints, authorizing military, CIA or other US interrogators to use extreme measures amounting to torture. It also gave the president "the fullest range of power....to protect the nation," stating he "enjoys complete discretion in the exercise of his authority in conducting operations against hostile forces."

Other administration documents reflected John Yoo's views that interrogation methods may inflict "intense pain or suffering" short of what would cause "serious physical injury so severe that death, organ failure, (loss of significant body functions), or permanent damage" may result.

On January 20, 2010, Professor Francis Boyle and Lawyers Against the War filed a complaint against "Bush, Cheney, Rumsfeld, Tenet, Rice and Gonzales for:

"their criminal policy and practice of 'extraordinary rendition' perpetrated upon about 100 human beings. This term is really their euphemism for the enforced disappearance of persons and their consequent torture. This criminal policy and practice by the Accused constitute Crimes against Humanity in violation of the Rome Statute establishing the ICC."

Though America isn't party to the treaty, "the Accused have ordered and been responsible for the commission of ICC statutory crimes within the respective territories of many ICC member states, including several in Europe. Consequently, the ICC has jurisdiction to prosecute the Accused (under) Rome Statute article 12(2)(a) that affords the ICC jurisdiction to prosecute (these crimes) in ICC member states."

He described Bush's action as "creat(ing) an anti-matter of legal nihilism where human beings (including US citizens) can be disappeared, detained incommunicado, denied access to attorneys and regular courts, tried in kangaroo courts, executed, tortured, assassinated and subjected to numerous other manifestations of State Terrorism." He almost entirely negated post-WW II international and US laws, including treaties to which America is party.

CCR's response, "provides a strong factual and legal basis to hold (him) accountable" in all 147 countries that ratified the UN Convention Against Torture and Other Cruel, Inhuman or Degrading Treatment or Punishment (CAT)...."

BTI "is based on two criminal complaints that were to be filed on February 7 in Switzerland on behalf of two torture victims," supported by CCR and allied groups, "in advance of Bush's planned trip to Geneva on February 12...."

Including are more than 2,500 pages of material. Under Swiss law, preliminary investigations may only begin if torturers enter the country. As a result, Bush cancelled his trip to avoid possible indictment. CCR promises BTI will await him "wherever he travels next."

Moreover, Amnesty International (AI) also repeatedly called for him to be investigated for torture violations, and sent Swiss authorities factual evidence of his culpability.

According to Martin Scheinin, UN Special Rapporteur on Human Rights and Counterterrorism:

"Nobody, from those who administered the practices to those at the top of the chain of command, is under a shield of absolute immunity for the practices of secret detention, extraordinary rendition and torture. Legally this case is quite clear. Bush does not enjoy immunity as a former head of state, and he has command responsibility for the decisions that were taken."

All his subordinate co-conspirators are also culpable, including former vice president Cheney. Getting them in the dock makes everyone involved vulnerable, including Obama administration officials following the same policies seamlessly.

No one deserves impunity, even present and past US presidents as well as others holding top administration posts. After aggressive wars and genocide, torture is the worst international crime, warranting prosecutorial justice against guilty parties.