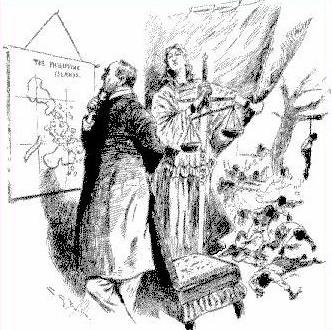 Hopefully beneath celebratory euphoria, Egyptians know ousting Mubarak was simple, especially since Washington long wanted him out. Covertly with Egypt's military, it facilitated long-planned regime purging for with new faces under old policies. In other words, have everything change but stay the same, a common imperial bait and switch con.

As a result, the real liberating struggle continues against long odds for success because Washington, Egypt's military, Israel, Western powers, and big money will do everything to prevent it. The usual scheme was hatched - a facade of change that may or may not work, and will be months, maybe years, to know.

For now, however, Al Jazeera headlined, "Post-Mubarak era dawns on Egypt....just four weeks after Tunisians toppled their....ruler." Or did they? Their struggle also continues against comparable long odds. People throughout the region face them against powerful dark forces, representing imperial/monied interests, not theirs.

"Egyptians have woken to a new dawn after 30 years of rule under Hosni Mubarak." All night celebration preceded it. "Fireworks lit the night sky, cars honed under swathes of read, white and black Egyptian flags and people hoisted children above their heads. Some took souvenir pictures with smiling soldiers atop their tanks city streets," unaware that military commanders are enemies, not allies, a reality they'll confront ahead and should prepare.

For now, opposition figure Ayman Nour called February 11 "the greatest day in Egyptian history. This nation has been born again. These people have been born again, and this is a new Egypt."

"I have waited, I have worked all my adult life to see the power of the people come to the fore and show itself. I am speechless. The moment is not only about Mubarak stepping down, it is also about people's power to bring about the change that no one....thought possible."

Euphoria also characterized most US media reports. Notably, however, unless Washington plans war or wants foreign adversaries denigrated, rarely ever are overseas events covered, especially uprisings against purported allies. Yet, for days, Egypt's was main-featured on television and in print, including unheard of anti-regime views, meaning official Washington supported them against an out-of-favor leader.

As a result, had Mubarak been in favor, spotty coverage would have called protesters agitators, rabble-rousers, insurgents, terrorists and jihadists, never pro-democracy heros.

"After eighteen days of protest, Mubarak's nearly thirty-year reign over Egypt was brought to a triumphant close today. Ousted by the people, Egyptian protesters stood strong, exhibiting nothing short of sheer jubilation as the news broke."

Egypt's revolution "overturn(ed) the established order of the Arab world. (Mubarak) was toppled by a radically new force in regional politics - a largely secular, nonviolent, youth-led democracy movement that brought Egypt's liberal and Islamist opposition groups together for the first time under its banner....Mr. Mubarak's fall removed a bulwark of American foreign policy in the region."

In fact, he became a major obstacle to Washington's Greater Middle East Project (renamed the New Middle East) and had to go. Notably, the day Cairo protests erupted, January 25, key Egyptian military commanders, including Chief of General Staff Lt. Gen. Sami Hafez Enan, were in Washington. For years, State Department and Pentagon officials wanted him out because he opposed key US policies, including Iran's nuclear program and Bush's 2003 Iraq war.

Field Marshal Mohammed Hussein Tantawi is new head of state as chairman of the Supreme Council of the Armed Forces of Egypt, ruling with its Supreme Constitutional Council - effective February 11. He also served as Minister of Defense, Military Production, Deputy Prime Minister, Commander of the Presidential Guard, and chief of the Operations Authority of the Armed Forces.

He's a powerful old regime stalwart closely aligned with Washington, though US diplomats call him "aged and change-resistant.... "Charming and courtly, he is nonetheless mired in a post-Camp David military paradigm that has served his cohorts' narrow interests for the last three decades. (He's also) opposed both economic and political reform that he perceives as eroding central government power."

Whether he'll cooperate or conflict with Washington remains to be seen. If not, he'll go next, the same anti- Mubarak process resurrected against him and others less than fully compliant.

Earlier, he participated in Egypt's 1956, 1967 and 1973 wars as well as in America's Gulf War "coalition." As part of Egypt's old guard, he'll most likely become president, installed, of course by military coup d' etat.

Why expect them from a man who led a military, not populist, coup against a sitting ruler, no matter how corrupt, illegitimate and ruthless! They're both cut from the same mold, representing power, not popular interests.

In two overnight communiques, core organizers "demanded the dissolution of the cabinet Mubarak appointed on January 29 and the suspension of the parliament elected in a rigged poll late last year."

They also want "a transitional five-member presidential council made up of four civilians and one military person to prepare for an election to take place within nine months, and (a) body to draft a new democratic constitution."

Moreover, they demand media and (professional) syndicates freedom, military and emergency courts abolished, free formation of political parties, and since protests began, immediately ending Egypt's Emergency Law, enacted in 1981. Surprisingly, however, it wasn't in either communique though clearly a top priority.

"The army is with us but it must realize our demands. Half revolutions kill nations. Now we know our place. Whenever there is injustice, we will come to Tahrir Square."

According to Al Arabiya television, army officials will soon dismiss Mubarak's cabinet and suspend parliament. In addition, the Constitutional Court head will join the military council and participate in Egypt's governance.

One protester, Mohammed Farrag, spoke for others saying:

"(W)e will not give up on Egypt as a civilian state, not a military state. If things move away from our demands, we will go into the street again, even if we have to die as martyrs."

Hopefully, he and others mean it because doing it again will prove urgent. Otherwise, all is lost and nothing gained beyond substituting one strongman for another, backed by the full might of Egypt's military, armed and financed by Washington.

Nonetheless, Jordan's Muslim Brotherhood, its main opposition group, called Mubarak's ouster a "historic victory," America and Israel the main losers. Whether true, however, remains to be seen. For sure, it's too soon to tell or know how far Egypt's people power can go before bucking stiff resistance sure to come.

"The victory scored by this revolution is in the first place directed against the United States," said Brotherhood members, "which so far sponsored the toppled regime, and wanted it as a strong ally and defender of the Zionist entity and an enemy of the Arab jihad and resistance movements."

Tunisians ousted President Zine El Abidine Ben Ali with no resolution so far. As a result, they're demanding all his cronies ousted, including interim Prime Minister Mohammed Ghannouchi. They also want attention given deep social needs, including jobs, higher wages, and right to unionize. Hundreds rallied in Tunis, calling themselves a "Caravan of Liberation," one man saying "We have come to bring down the rest of the dictatorship." In addition, civil servants and primary school teachers aren't working, instead protesting against interim officials representing old policies.

"There will be a revolution of the hungry and jobless in Iraq, just as there was in Egypt. It was a march by the unemployed, by those who have lost hope and who see (Prime Minister) Nouri al Maliki and the new government becoming another dictatorship."

On February 10, protests occurred in Baghdad, Basra, Mosul, Karbala, Diwaniyah, Kut, Ramadi, Samawah and Amara. In Sadr City, they were over public corruption, poverty, unemployment, and lack of social services. In Karbala, a sign said:

"We have nothing. We need everything. Solution: Set ourselves on fire," referring to Tunisia's Mohammed Bouazizi, an unemployed graduate working as a vegetable seller who self-immolated in protest over police confiscating his merchandise for operating without a permit he couldn't get.

AFP said, "Large quantities of tear gas grenades had been imported. Anti-riot vehicles were seen parked not far from the square where (a February 12) rally is scheduled to begin....and police in uniform patrolled surrounding streets."

Hundreds more protested around the country, including in Annaba, Sidi Ammar and Raffour. Moreover, in recent weeks, about 20 people tried setting themselves ablaze. Three succeeded and died.

Globally with rare exceptions, including at home, democracy endangers entrenched power. As a result, subverting eruptions are crucial, allowing only controllable facades under anti-populist leaders - how America's process works.

As a result, it's fake. Mock elections pretend to be real. The process is kabuki theater run by political consultants and PR wizards, supported by major media misreporting, featuring horse race issues, not real ones. Everything is pre-scripted. Secrecy and back room deals substitute for a free, fair and open process. Party bosses choose candidates. Big money owns them. Key outcomes are predetermined, and cheated voters get the best democracy deep pockets can buy.

Egypt can expect the same thing, carefully scripted pretense, not democratic change Washington and Egypt's military won't tolerate. Unless millions demand better and fight for it, they'll get old wine in new bottles, again cheated like for 30 years under Mubarak. Forewarned is forearmed. Hopefully savvy protesters understand and plan well their next move.