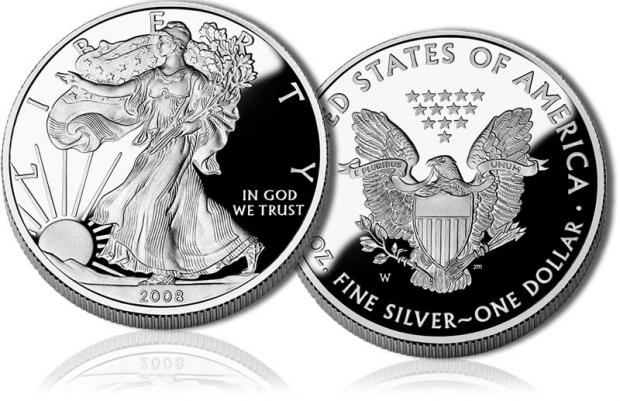 American silver eagles
This news was initially reported by Patriot News Radio, which you can listen to in this video clip. While the information is true and current as displayed on the U.S. mint page here, it is not anything new. The Mint has not sold uncirculated American Eagle silver coins directly on their site for two years, but has continued minting “bullion coins” that are distributed to dealers.
I called the U.S. Mint and they confirmed that they did not produce American Eagle Silver Uncirculated coins in the past two years and thus far in 2011 have no plans to re-start production. They also clarified that they are still producing proof Silver Eagle coins, but they have numismatic value and carry a much higher premium.
While the hype and rumors are misleading, I think the takeaway is still the same – physical buying is overwhelming supply. Strong demand for Silver Eagles pushed sales to an all-time record of 6.4 million ounces during the month of January. This number is 50% higher than any prior month in the U.S. Mint’s 26 years of published sales history. The latest data also shows that February sales set another all-time record for that particular month and the 7th highest monthly sales ever. 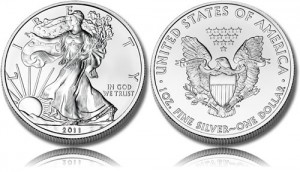 But the truly significant point, as discussed in the last edition of the Gold Stock Bull newsletter, is that those 6.4 million coins represent nearly 20% of total domestic mine supply. The US mines only about 40 million ounces a year. If sales continue at this pace, 100% of all silver mined will be exhausted by Summer on just this one product, which typically represents only 5% of total silver usage.
U.S. law requires that the mint use domestic supply for gold coins and this is thought to also apply to silver, although there is some ambiguity. So either Congress will need to pass a new law to allow the American Silver Eagle to be struck from foreign mined silver or they will run out of silver supply for minting. Here is the current message on the Mint’s website regarding uncirculated American Silver Eagles:

Although the demand for precious metal coins remains high, the increase in supply of planchets—coupled with a lower demand for bullion orders in August and September—allowed the United States Mint to meet public demand and shift some capacity to produce numismatic versions of the American Eagle One Ounce Silver Proof Coin.

So far they have not been able to acquire the necessary inventory, now running into the third year of this issue. The problem with this excuse is that the Mint could procure “sufficient inventories of silver bullion blanks” if they were willing to pay a higher price. And as others have pointed out, by stopping the production of US Silver Eagle Coins, the Mint is in violation of Public Law 99-61 which requires them to produce these coins “in quantities sufficient to meet public demand . . . ”
Continued shortages are likely to send premiums on Silver Eagles soaring, particularly if the Mint has to stop production at some point. Despite silver breaking out to 31-year highs, it still has much further to go. It has yet to reach its nominal high around $50 or inflation-adjusted high around $150. If you haven’t secured physical silver in your possession, you might want to get on it while you still can.
By Jason Hamlin
http://www.goldstockbull.com/