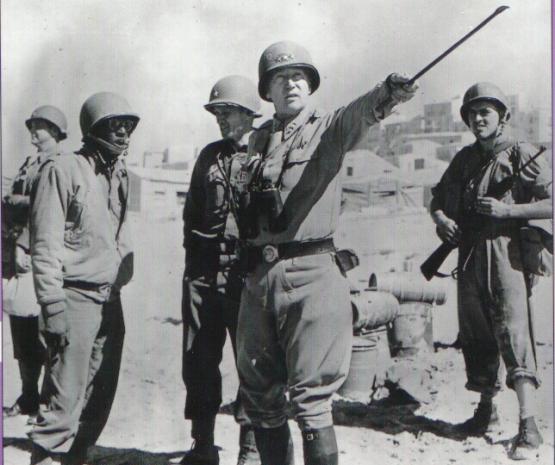 Since WW II alone, America waged direct and proxy wars against Korea, Southeast Asia, Central and South American countries, African ones, Iraq, Afghanistan, Palestine, and now Egypt and Libya. One down, one to go, besides dozens of attempted and successful coups, as well as numerous other interventions to control world markets, resources and people. Imperial America doesn't sleep. It plots, deciding where next to strike.

Despite popular passion for democratic change, uprisings in Egypt and Libya were externally orchestrated, funded and armed by Washington to replace one despot with another. Democracy won't be tolerated. It's never been at home.

America's media go along, especially when Washington goes to war or plans one. In the lead: The New York Times, the nation's equivalent of an official information and propaganda ministry, posing as independent journalism.

It's February 28 editorial headlined, "Qaddafi's Crimes and Fantasies" made baseless accusations, then called on the International Criminal Court to investigate potential war crimes. Indeed it should - against America and Western co-conspirators, not Libya, for instigating regional aggression, a reality The Times ignored, besides previously against Afghanistan, Iraq, and other US targets.

Gaddafi attacked "unarmed protesters....His militia's actions seemed likely to stir renewed debate over international intervention to limit his use of military power against his own citizens, possibly by imposing a no-flight zone." If established, it's an act of war ahead of aggressive air attacks against a defenseless country, America's latest imperial target.

US warships are now positioned in the Mediterranean close by. About 1,200 Marines went to Greece for "Operation Libya." "Rebels" are being sent military and other supplies. Armed intervention is coming, colonial subjugation planned. Libya's "humanitarian crisis" was made in the USA. The pattern by now is familiar, used against many past targets.

"So what I want to make sure of is that the United States has full capacity to act potentially rapidly if the situation deteriorated in such a way that you had a humanitarian crisis on our hands, or a situation in which civilians were - defenseless civilians were finding themselves trapped and in great danger."

He already called on Gaddafi to step down. Among his options, he included a no-fly zone, saying:

"I don't want us hamstrung. I want us to be making our decision based on what's going to be best for the Libyan people in consultation with the international community."

In Geneva, Hillary Clinton called intervention "an option we are actively considering," referring to a no-fly zone and other measures. Stiff economic sanctions were also imposed, effective 8:00PM EST February 25."

The die is cast. Colonizing Libya is planned to exploit its vast energy reserves, other resources, and people, doing what's best for Washington, not Libyans, what's always top priority.

On August 13, 2011, Fidel Castro will be 85. An elder statesman, he remains active, thoughtful and incisive, now writing commentaries on world issues. On March 3, the Havana Times headlined, "Fidel Castro Forecasts War on Libya," publishing his full article in English.

Until America intervened, Libya "occupie(d) the first spot on the Human Development Index for Africa," including the continent's highest life expectancy. Authorities gave special attention to healthcare and education. Poverty is low. "The cultural level of the population is without a doubt the highest. The population wasn't lacking food and essential social services." Employment was plentiful, including for "hundreds of thousands of workers from Egypt, Tunisia, China and other countries (to) carry out ambitious plans for production and social development."

America plans naked aggression to halt them. "The colossal campaign of lies, unleashed by the mass media," distorts reality on the ground, including by Al Jazeera. Its daily commentaries feature misinformation and distortions based on unverified reports, including about alleged bombings that Russian satellite imagery proved untrue. Nonetheless, Gaddafi is falsely called an aggressor, not victim, his regional despot status notwithstanding.

Reporting from Libya, Pan American broadcaster Telesur's Jordan Rodriguez said members of his team were threatened, assaulted, and arrested for trying to report events accurately, including about pro-Gaddafi rallies in Tripoli's Green Square.

Prior to Mubarak's ouster, Egypt's military junta detained and interrogated its Cairo team, preventing them from reporting the same way. Other independent journalists were also accosted. Dozens of incidents were reported.

Telesur's Rodrigo Hernandez said he and his colleagues were bullied face down on the pavement, left there for hours, then "forced into an armored police vehicle, with armed personnel inside, and blindfolded," en route to a military barracks for questioning.

They were also threatened with imprisonment, deportation, or "something much worse" if they kept reporting and were detained again. Similar tactics are ongoing in Libya to prevent accurate reports coming out. Imperial Washington wants none of its plans exposed.

-- In 2004, America's sanctions were dropped "in exchange for Gaddafi's (limited) collaboration, (paving) the way for a new era of US-Libyan bilateral trade." America's main interest is Libya's vast oil, gas and other mineral reserves. The Oil and Gas Journal estimates 46.4 billion barrels of oil and around 55 trillion cubic feet of natural gas, producing 95% of Libya's 2010 export earnings. Its petrodollars "were reportedly invested in US Equity and Big Banks, including JP Morgan Chase, Citigroup and others, and into (companies) like the Carlyle Group, one of America's most seedy arms dealers."

-- the CIA "long wanted" Gaddafi removed and replaced." In 1986, Reagan-ordered air strikes tried to kill him. His infant daughter was murdered instead. "The CIA (downed) Pan Am 103," not Gaddafi who had nothing to do with it.

-- Libya's "opposition" includes "unspecified, unnamed, unidenfied 'rebels' of the National Front for the Salvation of Libya (NFSL). These are not innocent 'pro-democracy' protesters...." They seemingly "appeared out of thin air." Who they are isn't explained. NFSL, in fact, was established in 1981 by Sudan's Colonel Jaafer Nimieri, a US puppet dictator from 1971 - 1985.

-- For decades, CIA front groups have been operating in Libya, "backing armed insurgents and interventions" portrayed as "pro-democracy" movements.

-- Western media is reporting misinformation about events on the ground, including alleged bombings, massacres, and possible nerve gas used. None of it is credible. Libya, in fact, is being attacked. It's responding in self-defense.

-- Vicious propaganda is being used to enlist support for imperial intervention. "US troops have already moved ashore....joining the 'opposition....The US, France and Britain have already set up Bases in Libya." British and American Special Forces are operating out of Benghazi and Tobruck. Other covert US forces have been on the ground for weeks. Nothing humanitarian is planned.

-- More than oil and gas is wanted. So are valued mineral deposits. "Libya has a huge land mass with massive untapped mineral potential (including uranium)," besides known energy resources.

-- Accusing Gaddafi of genocide is malicious and untrue, like other major media fabrications. Their "disinformation frenzy and hysteria knows no bounds." No verifiable evidence exists, but there's plenty proving US genocides in Iraq, Afghanistan, and earlier in other targeted countries, causing many millions of deaths for decades. Western media air brushed them out, including The New York Times, America's lead propaganda instrument.

In "Libya, Getting it Right: A Revolutionary Pan-African Perspective," Gerald Perreira wrote:

"The conflict in Libya is not a revolution, but a counter-revolution. (It's) fundamentally a battle between Pan-African forces on the one hand, who are dedicated to the realization of Qaddafi's vision of a united Africa, and reactionary racist Libyan Arab forces who reject (his) vision of Libya as part of a United Africa."

"For those of us who have lived and worked in Libya, there are many complexities to the current situation that have been completely overlooked by the Western media and 'Westoxicated' analysts who have nothing other than a Eurocentric perspective to draw on....Libya's system and the battle now taking place on its soil, stands completely outside the Western imagination."

As a result, all Western government and media reports lack credibility. They're malicious imperial agitprop, including from top officials, BBC and Al Jazeera, each with its own agenda, all serving Western interests, harmful to Libyans.

Ongoing events in Libya are familiar. Like many of his past counterparts, Gaddafi's been targeted for removal. For weeks or much longer, covert CIA and Special Forces operatives recruited, funded and armed so-called "opposition forces." They, not Gaddafi, instigated violence, heading for civil war. He responded in self-defense. Doing less would be irresponsible.

Western media portray instigators as victims, saying Gaddafi's waging war on his people. America and Western nations are called white knights, offering "humanitarian intervention" when, if fact, imperial colonization is planned. The longer violence continues, the more false media reports will exaggerate it, enlisting support for another nation to be destroyed to save it.

The latest in Afghanistan were nine young children, aged seven to 12, gathering wood in the mountains near their village. They were murdered in cold blood, what's escalating in Libya, being softened up in preparation for colonization and greater harshness.