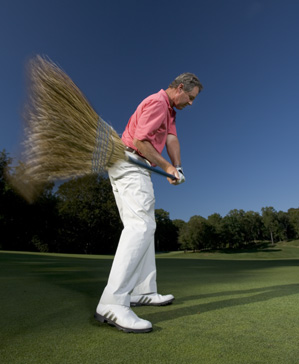 Just boot this nuisance out!

I share the sentiment of readers that it is so disgusting to witness the Frostytution of FP.com! Many of us have noticed that this good site is being Frostytituted [abused by Frosty Wooldridge’s recycled writings]. In one edition alone, almost one half of the entire space is occupied by Frostymabitch’s disinformation, and misinformation articles he called "connecting the dots" on immigration and population banging!! It’s very irritatingly annoying … it gets into the nerves of readers because these bullyrags do not connect at all…! It has only one ugly purpose – his arguments and presentations insult the intelligence of the American public!

This Sunday morning alone October 24 as in many others, when I opened FP.com, there were six recycled written fear-generating mayhems on America written by Frostymabitch that are published at the same time [see page two below the front page]. What the public is reading are re-runs of exactly the same articles even bearing the same titles and the same bull craps the rasping sounds of it are like that of a jarring broken record purposely played to land them in the mental asylum.

These works of false piety of an obsessed writer who sees America upside down – Frostymabitch’s delirium to save the world -- do not fool the American public, especially those with higher learning who understand well the hideous outcome when someone tinkers with the sophistication of the mathematical wonder of exponential growth theory and abused it when the mind is hallucinating. These published repeats had already appeared in this site so many times before. In my opinion, I think many of us in FP.com will agree with me that to protect our reading public and maintain the good reputation of this site, it is time to use the editorial broom and clean up the room, without necessarily undermining our individual right to voice our opinion, and without limiting our almost limitless freedom of free expression to publish anything at all. I really don’t care how you do it – just control and regulate if not boot this nuisance out!

I am suggesting this option with a clean heart …some kind of a public duty. There is nothing personal to it at all.

In fact I like this guy who can take punches like a steel robot and still asks for more. I just want us mainstays of this website as well as the public spared of this published yakety-yak kind of affliction from a carrier of a widespread mental depression that the world will end due to this insuperable but unfounded fear of immigration and population explosions!

Please take note that the public should know – and know it well -- that notwithstanding the fact that there is hunger in some parts of the world DUE TO GENERATIONAL OVERPOWERING AND CONTROLLING CULTURAL AND RELIGIOUS BELIEFS, PERSISTENT POLITICAL AND ECONOMIC DISTORTIONS that Frostymabitch’s kind are taking advantage of to support this out of control mania of genocide to stop population growth [the rob-down is not due to overpopulation and continuing immigration ever!], there is in fact so much food to feed and limitless space to accommodate humankind on this planet and beyond – let’s not make any mistake about it!

From the beginning of FreedomsPhoenix we made the conscience decision to allow for a very wide tolerance of writers and postings. I agree that Frosty is regurgitating arguments and postings and this has promted our not posting _everything_ submitted to the Front Page.
But once we go down the path of limiting what is available to readers to read/not read, then _we_ become the censors rather than each reader censoring for themselves.
I've interviewed Frosty several times over the years and I have done everything to make my positions clear and detailed my disagreements with Frosty's claims and perspectives (I encourage everyone to do the same in the comment section of each and every article), but to silence his perspective wouldn't be... very libertarian of us :)
We'll let it play out a bit more before we get all freaked out about entries that readers can ignore.
Peace,
Ernie
602 717 5900

7 Comments in Response to Is It The Frostytution Of FP.com -- Am Not Sure Yet

First of all, thank you Ernie for your stand against shallow attacks by those that fail to present the facts and science. Emotions and name calling won't get them anywhere.   Again, some cannot work simple math known as the 'exponential equation'. Additionally, my work is not regurgitated, but in fact, I research and write those pieces carefully and with scientific support documents.  I work with some of the finest minds in the 21st century in Dr. Bartlett, Dr. Tainter, Dr. Hardin, Dr. Catton, Gov. Lamm, Paul Ehrlich and dozens of others. My work will become self-evident within 25 years as we allow our population to add another 100 million.  It astounds me that some don't possess the GQ to understand their own and their children's dilemma.  However, from the one response, at least one reader understands EXACTLY what I'm reporting.  Numbers don't lie! We are overpopulated in the USA, we exceed our carrying capacity today as we import 70 percent of our oil, and we cannot and will not be able to support this population load environmentally, energy and water-wise as Peak Oil manifests.  Some people cannot think past their noses.  I will educate and speak up for our civilization in spite of  slow-learners that remind me of Galileo's battle with the same.  FW

There are about 5 or 6 posters/websites which I would lurrrrve to filter out of my front page. Maybe I'll write a Firefox/Chrome add-on to do that.

Why not allow logged-in users to manage a preferences list of posters they wish to ignore?That would save FP the time and stress of having to explore a censorship option, and would likely have the pleasant effect of up your registered user memberships.

To Tyger: Your comment surprised me. I am sure most of us, not only me in this website, are no doubt really heart-stabbed by the way you looked at this issue.

This is what you said: "Most people are completely blind or ignorant of the mathematical certainty of the approaching total overpopulation of America and the rest of the world." It appears like this is an excerpt of Frostytution that almost all of us at FP.com have already exposed as a delusional lie.

This is what you said: It appears like this is an excerpt of Frostytution that almost all of us at FP.com have already exposed as a delusional lie.

Show us where is according to you, the "mathematical certainty of the approaching total overpopulation of America …" Is this in Texas? New York? California? Where?

Your grave concerns even surprised me more: You said "Even many who do understand it are in denial about the severity of the negative consequenses and devestating effects overpopulation has had and will have on every living thing on the planet …" [sic]. So what do we do – kill them? Exterminate humans to reduce population?

We [read us all in Freedom Forum] have already exposed the concept of infanticide [Malthus], genocide [Bill Gates, vaccine; John P. Holdren, forced abortion and mandatory sterilization; Eric Pianka, airbone Ebola; James Hansen and Keith Farnish, blowing up dams and destroying cities to bring back life to the "agrarian age", Finish ecologist "Hitler" Pentti Linkola who wanted to "gas" those who call environmentalists "nuts". Tyger, these overpopulation madcap killers are all here. You know where they are since you are a technician in this home site.

It appears that you are in accord with and endorsing the idea of this cry-baby calling Bakadude "backward" just because the latter has exposed Frostymabitch’s ignorance of mathematical logic – a more advance form of mathematics. The expose’ of his ignorance is here: .

Many of the learned in this website had discredited this guy’s overpopulation and immigration fantasy. You can review them again. If Frostymabitch is so punched out that you are taking his losing fight against reality, I feel sad … really, really sad for you. The others can speak for themselves.

Most people are completely blind or ignorant of the mathematical certainty of the approaching total overpopulation of America and the rest of the world. Even many who do understand it are in denial about the severity of the negative consequenses and devestating effects overpopulation has had and will have on every living thing on the planet, many of which are already extinct due to unlimited human expansion. The antagonistic and critical attitudes displayed by people who want to kill the messenger, like the guy who Frosty called the "Backwards Dude", only serve to guarantee that it will happen sooner rather than later.

Response to Ernie: Okay, Ernie … thanks to this sobering advice below. But by allowing to play it out "a bit more", be sure that you are not Frostytuted yourself and in desperation will give up babysitting this website. Of course we need you, that’s why.

In the event the resignation of your spirit appears in the obituary page when this abuse reaches its saturation point and you could no longer take it, please don’t forget that I wrote the first letter of concern to you.

In sum, my point is, we can still be true Libertarians when we regulate or sterilize [as contradistinguished from censor] "perspectives" running in our home site that clearly make the exercise of freedom not only so regrettably regressive but also so blatantly impure. In our Libertarian mind, the right to protect the interest of the public from "perspectives" that erode our concept of genuine freedom still belongs to the owner of the medium of expression whose finger is always on the delete-button at all times.

Having said that, I expect that you do not entertain those thoughts I dreaded most, and I hope it is far from your mind – or anybody’s mind for that matter – that I am against diversity of opinions or perspectives, much more of our Libertarian freedom to express them or put them down in writing. I am only worried, as I am in this case – and I am thinking that we do something about it -- that tolerance as a virtue, could overspill when taken out of context, and get us all wet. It is just that simple … nothing personal to Frosty, his kind or to anyone.

Yeah Baka, don't personalize the issue. Well, anymore than you guys have already. Lots of articles make it up here the majority of readers wouldn't agree with but they might be indicative of the times. And diversity of viewpoint only makes ours stronger. Besides, I've come to enjoy the weekly pile-on-Frosty routine. Let's the world know we're not too perfect and don't mind rolling in the mud now and then.

Trump to suspend all immigration into US over coronavirus

Why not give the illegals what they 'demand'?

Germany Closes Border to Europeans, But Migrants Still Allowed In

Bionic Mosquito Is Back on Immigration

PICTURES: Greek Border in Flames as Migrants Keep Trying to Break Through

Vigilantes Along Greek Border With Turkey Say, 'No More' to Migrants