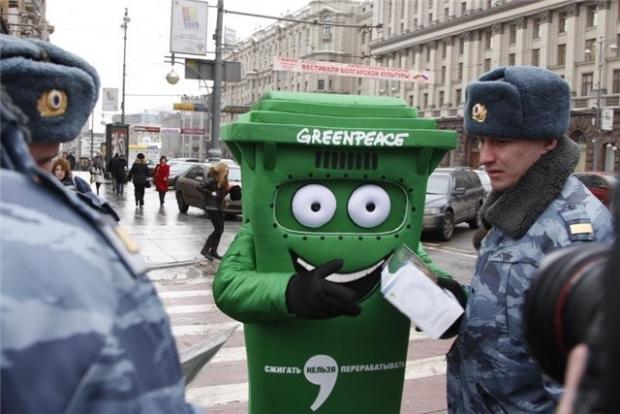 Plain Dealer file
CLEVELAND, Ohio -- It would be a stretch to say that Big Brother will hang out in Clevelanders' trash cans, but the city plans to sort through curbside trash to make sure residents are recycling -- and fine them $100 if they don't.

The move is part of a high-tech collection system the city will roll out next year with new trash and recycling carts embedded with radio frequency identification chips and bar codes.

The chips will allow city workers to monitor how often residents roll carts to the curb for collection. If a chip show a recyclable cart hasn't been brought to the curb in weeks, a trash supervisor will sort through the trash for recyclables.

City Council on Wednesday approved spending $2.5 million on high-tech carts for 25,000 households across the city, expanding a pilot program that began in 2007 with 15,000 households.

The expansion will continue at 25,000 households a year until nearly all of the city's 150,000 residences are included. Existing carts might be retrofitted with the microchips.

"We're trying to automate our system to be a more efficient operation," Owens said. "This chip will assist us in doing our job better."

The chip-embedded carts are just starting to catch on elsewhere. The Washington, D.C. suburb of Alexandria, Va., earlier this year announced it would issue carts to check whether people are recycling.

Some cities in England have used the high-tech trash carts for several years to weigh how much garbage people throw out. People are charged extra for exceeding allotted limits.

Cleveland officials want to automate nearly all residential waste collection under a program being financed in part by a new fee that went into effect earlier this year.

The automated trucks allow drivers to remain in the cab and empty carts using a remote-control arm. Cleveland owns three of these trucks and plans to buy nine more.

Recycling is good for the environment and the city's bottom line, officials said. Cleveland pays $30 a ton to dump garbage in landfills, but earns $26 a ton for recyclables.

The city last year sent 220,000 tons of garbage to landfills and collected 5,800 tons of recyclables.

City Council approved updated trash collection ordinances last month to include a section on automated waste collection and curbside recycling. The new law changes infractions of the law from a minor misdemeanor to a civil penalty. The recycling law only applies to residents who have been issued the carts.

The new law also prohibits people from setting out excessive amounts of trash on tree lawns, which officials say has been an ongoing problem. Fines for excessive trash will range from $250 to $500 depending on the amount.

In either case, the property owner receives the citation. Landlords are responsible for making sure their tenants follow the law.

Owens said Cleveland will conduct a public-service campaign to educate residents about the new collection system and recycling program.

The city stepped up enforcement of ordinances governing trash collection last year by issuing 2,900 tickets, nearly five times more tickets than in 2008. Those infractions include citations for people who put out their trash too early or fail to bring in their garbage cans from the curb in a timely manner.

The Division of Waste Collection is on track to meet its goal of issuing 4,000 citations this year, Owens said.

Councilman Martin Keane, who represents the West Park neighborhood, said he would prefer that the Division of Waste Collection use more discretion when deciding whether to issue a ticket. A warning in many instances would suffice, he said.

"Everybody knows the ones who blatantly disregards the law," Keane said. "Those are the people we should hit with a $100 ticket."

1 Comments in Response to Cleveland RFID-enabled trash cans to snoop on residents! (Are you recycling, citizen?)

When I first reported on this issue in March of 2009, two million trash bins in England had been installed by '42 local authorities'.

Now it’s August, and the second US state has been outed – and that’s just what has been reported!  Who know how deeply this insidious technology has been entrenched so far in the rapidly-growing FASCIST STATE that was America when I was born (it was the year that man completed the mapping of the Earth – it’s called ‘IGY’ – or the International Geophysical Year – 1958).That’s quite a leap in one Generation.

More info on this subject can be found by doing what I did – go to the Freedom’s Phoenix Search Engine:  http://www.freedomsphoenix.com/Search-Page.htm?EdNo=001and put ‘RFID’ into the window, and hit enter.