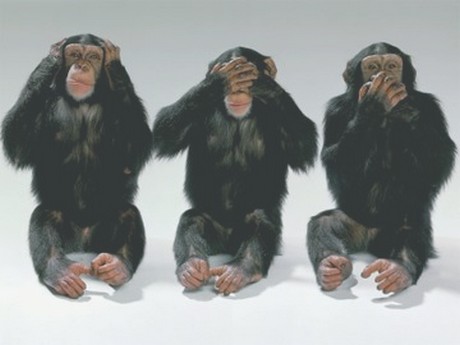 Court decisions tend to be comprised of two parts, findings of fact and conclusions of law.  They are, in the best of circumstances, related.  They should be, in all circumstances, reasonably accurate.  This may be a quaint notion.  Via Pro Publica, the decision in the habeas petition of Gitmo detainee, Uthman Abdul Rahim Mohammed Uthman, is otherwise.

District Judge Henry Kennedy, Jr. granted Uthman's petition and ordered him released.  It turns out the government's claim against him was complete crap.  What a surprise.  But the order itself became the problem.

1 Comments in Response to Lie, Or The Terrorists Win

Here is probably what started this article (sweet):

Most people don't know that there are only approximately five million
published Federal and state judicial opinions in the United States. 98% of
civil suits settle, resulting in no opinions. 90% of criminal cases plead
out, resulting in no opinions. As a practical matter, the overwhelming
majority of what occurs in our nation's Federal and state courts on a daily
basis is unknowable.

I started TheLaw.net Corporation on January 1, 1999 to make sure every
lawyer could afford to see every case. I did this because, in my opinion,
Westlaw was bad for America. I saw a two-tiered system of justice in which
most litigants in large environments had searchable access to all primary
materials, while the vast majority of litigants in small environments were
lucky if they could see the data originating only from their state. In those
days we had two things to sell: price and content. Today we have the best
legal research engine in America, generating an interactive, best-of-breed
Results Report that is sortable and reverse-sortable in columns like ITunes
and Excel. You view, sort and resort by: Relevance (which weighs search-term
proximity, density, diversity and numerosity), Court Hierarchy,
Oldest/Newest, Most/Least Cited and otherwise.

And, at less than $50 a month for unlimited access to primary materials from
coast-to-coast it’s affordable to all!

The manner in which courts make judicial opinions available is fraught with
a lack of uniformity and that’s putting it kindly. Inconsistent procedural
rules governing the citation of such opinions vary from jurisdiction to
jurisdiction and sometimes even from judge to judge within a particular
district.

If there's one thing all lawyers agree upon, it is that they don't want to
be hoist by their own petard as a result of having missed an opinion. The
practice of law is about connecting dots, making analogies and drawing
inferences from past experience. This brings me to a piece published last
week by the National Law Journal: "In Gitmo Opinion, Two Versions Of
Reality."
See,
http://www.law.com/jsp/nlj/PubArticleNLJ.jsp?id=1202473118039&In_Gitmo_opini
on_two_versions_of_reality&slreturn=1&hbxlogin=1
Or,
http://www.propublica.org/article/in-gitmo-opinion-two-versions-of-reality

At 51, and, as an American Entrepreneur for 30 years, TheLaw.net Corporation
is not my first rodeo. With subscribers from all walks of legal life and
plenty of experience of my own in Federal and state court rooms, including
some big wins to my credit, most of the time I feel I understand how the
world works. That said, on the cusp of beginning year thirteen as CEO of one
of America's most successful legal research infomediaries and with more than
500 consecutive weeks of positive cash flow to which we can point (at a time
when our major competitors are gasping for air), this NLJ piece has me
rubbernecking.

To emphasize, I see plenty. I regularly see uncitable, "Unpublished
Opinions" that if published would announce new rules of law. I'm aware the
appellate courts frequently stamp judicial writings as ORDERS, and that many
such documents are rich in detail and insight. These documents suffer from
an even lower status than Unpublished Opinions. They never see the light of
day, existing as a public record in name only. Judges skew the law. I get
it.

Yet that is exactly what happened this year in the United States District
Court for the District Of D.C.

The vanished March 16th opinion is linked in the NLJ article and on our
server at:
See, http://www.thelaw.net/docs/uthman-20100316-vanished-version.pdf

The April 21 version is linked in the NLJ article and available here:
http://www.thelaw.net/docs/uthman-20100421-official-version.pdf

The deception, however, is easily summarized: the official version is
written as if the vanished version doesn’t exist. And that’s why today, you
won’t find the vanished version in Westlaw, Lexis or on the district court’s
PACER docket. West and Lexis are run by enormous Canadian and British media
conglomerates. What do they care about The Rule of Law in the United States?

What happened here is that prosecutors at the Department of Justice gave
Federal District Judge Henry Kennedy "a choice. His entire decision would
remain classified or he could write a new version that did not reference
classified evidence," a process that one Government official says "has been
plagued with inconsistencies and that no one is coordinating the effort."

Rules are a lot easier to follow when you’re not making them up as you go
along.

TheLaw.net is in the business of helping you turn information into
knowledge. That's the whole purpose of a great search engine. We do this
better than anyone as our Apples To Apples comparison with WestlawNext
demonstrates:

Some people believe WestlawNext is copying TheLaw.net: “Sounds like they
are imitating a competing product, about 11 years old now, called
TheLaw.Net. It costs $575 per year, flat, for one lawyer and one assistant
over all jurisdictions. I used it in its early years and looked at it again
recently. It was good enough that I just cancelled my Westlaw subscription.”
See,
http://nmisscommentor.com/law/westlawnext-the-future-of-legal-research-means
-theyre-going-to-up-the-price-plus-do-we-want-this-future/comment-page-1/#co
mment-15143

If lawyers agree on anything, it's that they don't want to miss a case. In
our business, "comprehensive" is a term of art that refers to Published
Opinions. Today the law comes from many different directions and sources. No
one company has every unpublished opinion, slip opinion and order. That’s
why we provide TheLaw.net Virtual Assistant, a free retrieval service that
guarantees you'll never be without a known judicial writing. If you can’t
find it, we’ll find it for you. Even if we have to buy it!

If you want to do business with a company that is forthright about the
reality of practicing law in Post Constitutional America, we'll put the law
in your hands, even when it disappears.

YOU'RE FIVE MINUTES AND $48 A MONTH AWAY FROM USING THELAW.NET!
For instant access, subscribe online via our secure site:
https://www.thelawnet.info/subscription_list.html

We look forward to being of service!