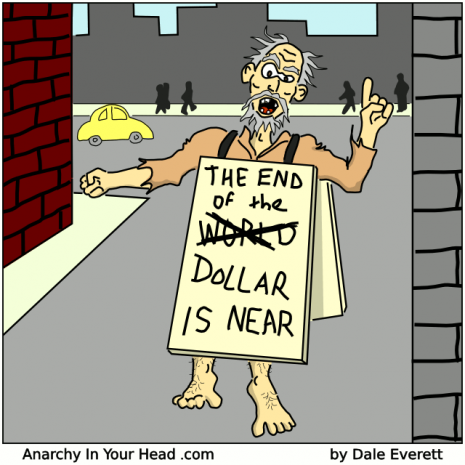 Introduction: Since founding Agora Inc. in 1979, Bill Bonner has found success and garnered camaraderie in numerous communities and industries. A man of many talents, his entrepreneurial savvy, unique writings, philanthropic undertakings, and preservationist activities have all been recognized and awarded by some of America's most respected authorities. Along with Addison Wiggin, his friend and colleague, Bill has written two New York Times best-selling books, Financial Reckoning Day and Empire of Debt. Both works have been critically acclaimed internationally. With political journalist Lila Rajiva, he wrote his 3rd New York Times best-selling book, Mobs, Messiahs, and Markets, offering concrete advice on how to avoid the public spectacle of modern finance. Since 1999, Bill has been a daily contributor and the driving force behind The Daily Reckoning.

Daily Bell: Let's get an update from one of our favorite hard-money mavens. Where is the world today? Recovering?

Bill Bonner: No, there is no recovery possible or desirable. That is, the world is not going back to the naïve bubble of the '05–'07 years. And no one should or would want it to. It's moving on – to a new bubble. The US consumer sector is de-leveraging. Household debt is at its lowest level in 6 years – thanks largely to mortgage defaults.

But at the same time, the feds are desperately trying to releverage the whole economy. They're having success in two areas. Business loans are still down from 2009, but they're moving up. Corporations are able to borrow money merely in order to make payouts to shareholders. In other words, capital is changing hands ... from the fools to the knaves. Typically, private equity hotshots are borrowing money at low rates so they can pay themselves off. The underlying business is weakened with debt; but nobody seems to care.

Daily Bell: Any other areas of growth?

Bill Bonner: The other sector of the economy that is leveraging up in a big, and I mean in a really big way, is government. Here again, the money goes from the fools to the knaves. Government squanders the money in all the usual ways, while the lenders believe they will get it back. Both can't be right. My guess is that the lenders will be wrong. They are making a bad bet. There is no recovery. They will not be repaid.

Daily Bell: How about the particulars. Will the EU hold together?