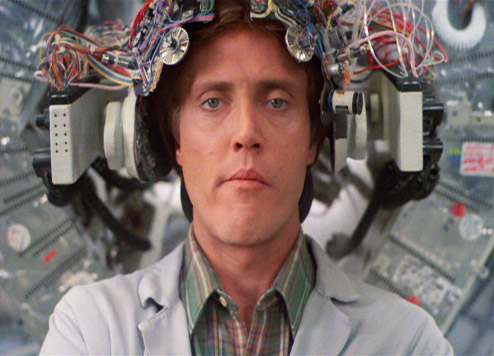 DARPA, in a nutshell, wants to know about how stories or narratives or whatever might like to call them influence human behavior. To this end, DARPA hosted a workshop earlier this year called "Stories, Neuroscience and Experimental Technologies (STORyNET): Analysis and Decomposition of Narratives in Security Contexts" to discuss the topic. "Stories exert a powerful influence on human thoughts and behavior. They consolidate memory, shape emotions, cue heuristics and biases in judgment, influence in-group/out-group distinctions, and may affect the fundamental contents of personal identity. It comes as no surprise that these influences make stories highly relevant to vexing security challenges such as radicalization, violent social mobilization, insurgency and terrorism, and conflict prevention and resolution. Therefore, understanding the role stories play in a security context is a matter of great import and some urgency," DARPA stated. "Ascertaining exactly what function stories enact, and by what mechanisms they do so, is a necessity if we are to effectively analyze the security phenomena shaped by stories. Doing this in a scientifically respectable manner requires a working theory of narratives, an understanding of what role narratives play in security contexts, and examination of how to best analyze stories -- decomposing them and their psychological impact systematically." Building the Borg: U.S. intelligence agency wants to know how your overtaxed brain works This one sounds like it comes right out of a science fiction writer's nightmare. A U.S. intelligence agency wants to develop applications based on the way the human brain makes sense of large amounts of haphazard, partial information. Recently Raytheon BBN Technologies was awarded $3 million by IARPA to explore new methods of modeling what it calls the brain's sense-making ability. The research could have commercial and military benefits, such as helping the intelligence community analyze fast-moving battlefield video, audio and text data quickly and accurately, IARPA stated.

Singapore's tech-utopia dream is turning into a surveillance state nightmare

The Metaverse Is the Ultimate Surveillance Tool

The Metaverse Is Big Brother in Disguise: Freedom Meted Out by Technological Tyrants

Vax Card Checks in Restaurants are Truly Zucked Up!

Woman spots a VERY controversial iPhone feature that can help people SPY on you...

Is Your Privacy An Illusion? (Taking on Big Tech) - Smarter Every Day 263