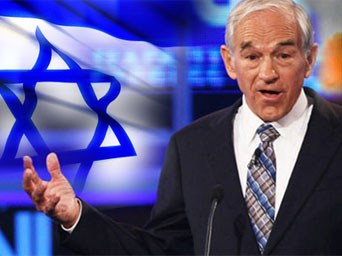 In an exclusive Newsmax interview, Congressman and Republican presidential candidate Ron Paul confirmed his support for Israel, but cautioned that while the United States should be a “friend” of the Jewish state, America should not be the “master” of Israel.

Paul also says the United States should not dictate Israel’s borders or try to “buy her allegiance” with massive amounts of foreign aid. He argued that foreign aid has actually hurt – not helped – the Jewish state.

Paul has recently come under fire from some Jewish groups in America. The Republican Jewish Coalition banned Paul from a debate on Jewish issues in Washington this week because of his “misguided and extreme views,” according to the group’s executive director, Matt Brooks.

Newsmax chatted with Paul to get his side of the issue as the Texas Republican is surging in some presidential polls.

A new Washington Post-ABC News survey in Iowa shows him threatening Mitt Romney as the second-leading candidate behind Newt Gingrich. Paul is now tied with Romney in the early caucus state with 18 percent of the vote, behind Gingrich’s 33 percent.

I support Israel too.  And I'm sick and tired of it.  Stop all foreign aid!