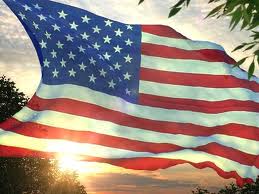 On the basis that there was zero reason to detain a retired Marine and commit him to a medical facility for psychiatric evaluation, a Virginia judge has demanded that Brandon Raub be released from custody immediately.

Raub, 26, had his home visited one week earlier by FBI, Secret Service and local law enforcement agents who expressed concern over a series of Facebook posts he had made on his public social networking profile. They detained him without charge and admitted him to a local hospital for evaluation.

"The petition is so devoid of any factual allegations that it could not be reasonably expected to give rise to a case or controversy," reads a signed statement by Circuit Judge W. Allan Sharrett, which was provided to the Richmond Times-Dispatch Thursday afternoon.

Judge Sharrett adds that he was shocked to find that a magistrate did not include any grounds at all for holding Raub, who was placed in custody for a full week without any charges being pressed.

No Vaccine Trials Made on the Elderly Vaccinate Them Even if it Kills Them?

How did a horned Shamen end up representing the Christian right?

What They Said About Lockdowns Before 2020

Senate Could Have Votes To Impeach, McConnell "Pleased" About The Idea