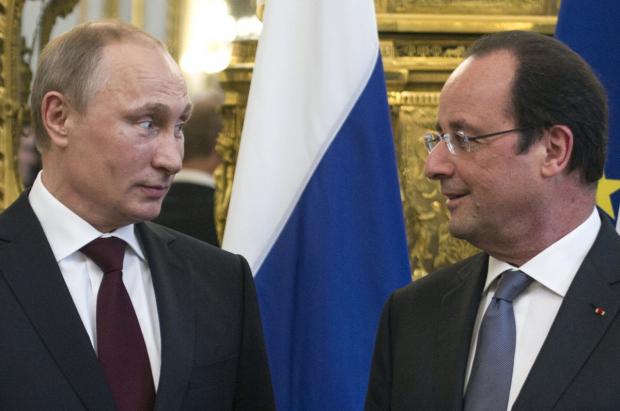 "What are the conditions? A ceasefire and a political settlement," he told reporters, noting that the $1.6 billion deal was neither canceled nor suspended. "Today these conditions are not in place."

Stopping the sale of two Mistral-class warships to Russia would cost France as much as $1.3 billion, a French diplomat told BBC.

On Wednesday, Hollande reportedly decided to suspend delivery of the warships in a signal of Western cohesion amid Russia's continued escalation in Ukraine.

Russia has reportedly paid much of the $1.6 billion contract, so Paris would have to reimburse that money as well as pay an extra $328 million penalty payment.

Moscow still expects the warships to be delivered, noting that Paris would have problems finding a new buyer because the vessels were built to meet Russia's requirements with Russian equipment.

"If the contract is suspended, the French side's headache will be worse than ours," Oleg Bochkaryov, deputy chairman of the government's Military-Industrial Commission, which helps oversee the defense industry, told Interfax.