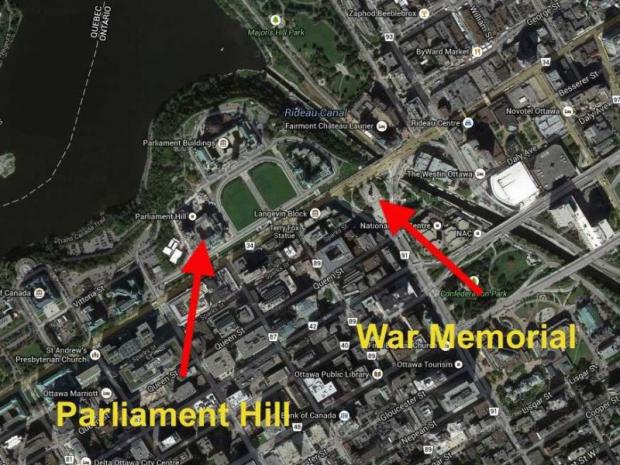 Police are looking for multiple gunmen in the capital of Canada after several shootings in downtown Ottawa.

One gunman shot a soldier at Canada's National War Memorial before facing off with police in the parliament building. The gunman has been killed by police, and the soldier has died in the hospital.

According to Hazel Harding, a spokeswoman for The Ottawa Hospital, three victims were taken there including a soldier. Harding said two of the victims were in "stable condition."

"All inquiries about the soldier's status (the third patient) should be directed to the Department of National Defence," Harding said in an email to Business Insider.

The capital is on lockdown as police investigate shootings at two locations: the War Memorial and Parliament Hill.

Police said earlier there was another shooting near the Rideau Centre shopping mall, but they now say there was no incident there. All three locations are within a few hundred yards of one another.