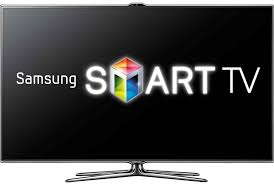 Samsung's new global privacy policy for its line of Smart TVs states that a user's personal conversations will be recorded by the device's microphone and transmitted to third parties.

A 46-page privacy policy which is now included in all newly purchased Samsung Smart TVs states that voice recognition technology "may capture voice commands and associated texts" in order to "improve the features" of the system.

The policy, a summary of which is also posted online, ominously advises users to, "Please be aware that if your spoken words include personal or other sensitive information, that information will be among the data captured and transmitted to a third party through your use of Voice Recognition."

Writing about the privacy policy for Salon.com, Michael Price, counsel in the Liberty and National Security Program at the Brennan Center for Justice at NYU School of Law, said he was now "terrified" of his new TV, noting that voice recognition is just one feature that could be used to spy on users. The television also logs website visits, has a built-in camera for facial recognition and uses tracking cookies to detect "when you have viewed particular content or a particular email message."

Coronavirus digital health passport to be supplied to 15 countries