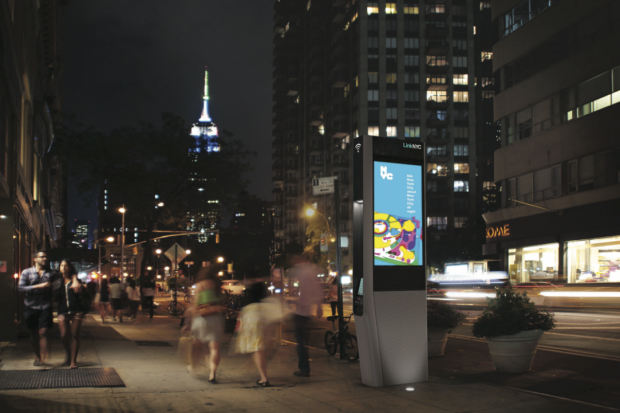 Even if you've spotted a payphone in the wild recently, it's probably been a while since you've actually reached out and touched one. But that may soon change: New York City is planning on replacing the old public phones with 21st century equivalents, which will even provide free, superfast Gigabit Wi-Fi Internet access.

The project, called LinkNYC, calls for the construction of up to 10,000 "Links" throughout all five of New York's boroughs, "thousands" of which will provide free Wi-Fi. CityBridge, the consortium behind the units' development says that the Wi-Fi will be "more than 20 times faster" than the average New Yorkers' home Internet access, capable of downloading a two-hour HD movie as fast as 30 seconds. The first units are scheduled to go into service by the end of 2015. In addition to providing fast and secure Wi-Fi, Links will also offer the ability to make free phone calls anywhere in the U.S. (including 911 and 311), access to city services and directions, and a free charging station for mobile devices. The units themselves, which have been created by industrial design team Antenna Design, are even compliant with the Americans with Disabilities Act.

All of which sounds well and good, but this is the point where every savvy citizen starts wondering where the catch is. How does New York City intend to pay for such a major project?