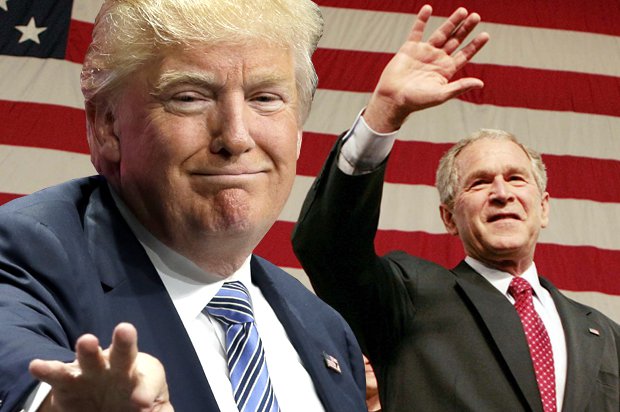 Vice President-elect Mike Pence considers Dick Cheney his role model for the No. 2 job. President-elect Donald Trump has suggested trying U.S. citizens at Guantanamo Bay. And several people being floated as top national security advisers to Trump are familiar figures from the mid-2000s.

Years after George W. Bush and Cheney left office with stunningly low approval ratings, some of their foreign policy aides may get a shot at a do-over of their legacy. And this time, some fear, the president they answer to for the next four years may want to function with fewer restraints — reviving debates over everything from waterboarding to the United Nations.

"An ascendant role for, or another crack at, reestablishing the neoconservative, torture-advocating/accommodating world view is worrisome and dangerous," a senior government official with experience in both the Bush and Obama administrations told POLITICO in an email. "God help us."

It's a wonder so many Bush aides are open to working for Trump considering the animosity between him and Bush.

Trump has accused the former president of lying about weapons of mass destruction to invade Iraq. Trump also insists, falsely, that he personally never supported invading the Arab country. Many Trump allies despise the Bush crowd, viewing them as classic establishment types who foolishly got the U.S. entangled in conflicts overseas. And Trump also repeatedly mocked Bush's brother, Jeb, one of his rivals for the GOP presidential nomination, as "low energy."

Several top-ranking Bush aides, including former Homeland Security chief Michael Chertoff, have denounced Trump. The former president himself left his ballot blank rather than vote for the blustery Republican nominee. Still, plenty of Bush acolytes, including Cheney and former Defense Secretary Donald Rumsfeld, have endorsed Trump. And since last week's election, at least five former Bush aides have been reported as possible picks for Trump's Cabinet or other top gigs.