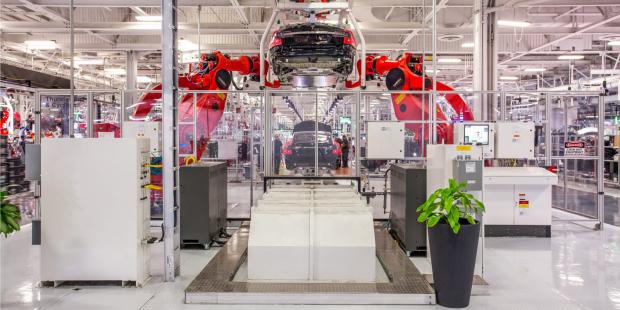 While working at Tesla, I always enjoyed talking to people after they finished a factory tour. As much as they raved about the amazing automation, gigantic presses, and hundreds of robots, the reality was they only saw half of the actual manufacturing that was taking place in the building. Unknown to most visitors, the factory's "secret" second floor built many of Tesla's battery, power electronics, and drive-train systems. It was home to some of the most advanced manufacturing and automation systems in the company. Some of the robots moved at such high speeds that their arms needed to be built from carbon fiber instead of steel.

Though it was obvious why we were building the systems at the heart of our product, such as the battery and motors, many people had difficulty understanding why we manufactured high-voltage cables, displays, fuses, and other smaller systems. Had we spent too much time inhaling the "we know better" fumes of Silicon Valley? Why take on the madness of not only starting a new car company but also making it more vertically integrated than any car company since the heyday of the Ford Rouge plant in the late 1920s?

The answer is simple: Our goal wasn't to build the best electric vehicle. It was to build the best premium car in the world that just happened to be an EV. This meant integrating technologies that were not readily available. It also meant pushing the boundaries of what was considered "normal" for the design and manufacturing of a car. Furthermore, we needed to do this on an accelerated timeline that most automotive suppliers could not fathom. So, in many cases, this meant building components ourselves. Building your own core components has obvious benefits, but there are some other advantages that you might not immediately recognize.

Speed is the first advantage. Launching a new product presents a team with thousands of small decisions. If you choose to outsource a component, you often need to send people to live in the factory for a prolonged period of time. This means accepting that it's going to be harder to make choices and to influence outcomes. First, you're operating within someone else's environment. Second, you have far less of the product design team available for on-the-spot consultation and decision-making. Nothing beats the ability to have the full engineering team walk into the manufacturing area every day, talk to the people building the products, and gain insights on how to improve. Factory information has a very short half life. Despite what many contract manufacturers promise, the reality of outsourced manufacturing is that you are getting on an airplane to solve problems you could otherwise solve by walking across your building.