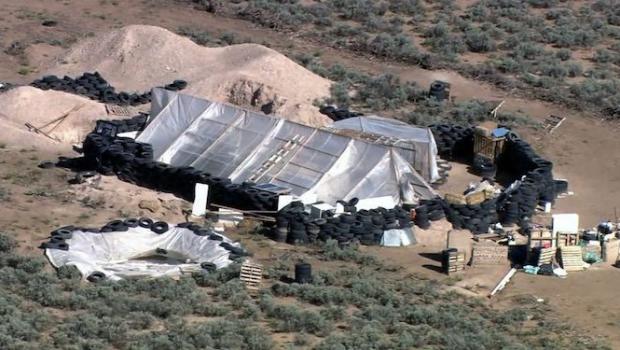 (Natural News) Just like the case of the horrific Las Vegas shootings nearly a year ago was recently closed without authorities announcing a motive, a court has ordered authorities in New Mexico to quickly begin dismantling a suspected jihadist compound before all the questions surrounding it and those who built and inhabited it have been answered.

The compound, which had been under surveillance for some time by FBI and New Mexico authorities, was also the site where the son of a famous New York-based imam with ties to the 2012 Democratic National Convention ritualistically killed his kidnapped three-year-old son and began training at least a half-dozen of 11 children how to commit school shootings.

And now it's been dismantled along with, no doubt, quite a bit of evidence.

The compound was built and led by Siraj Ibn Wahhaj, who – along with three of four others who are also alleged Islamic extremists – were ordered released from custody by U.S. District Court Judge Sarah Backus earlier this week on a $20,000 "signature bond," which means none of them had to actually pay anything.

That said, all five adults arrested at the compound remain in custody; one has been handed over to Immigration and Customs Enforcement. Meanwhile, authorities have now identified the remains of a three-year-old found at the compound site as his son, Abdul-ghani Wahhaj – which makes the entire site a crime scene.

Other reports noted that police have impounded an RV from the compound that once housed the five adults and 11 children, all of whom lived in filth and squalor. Ammunition and a bulletproof vest were also discovered at the site after it was demolished.

When Backus ordered the adults freed, she drew major criticism from prosecutors, law enforcement officials, and New Mexico Gov. Susana Martinez, who noted that she "strongly disagreed" with releasing them only on a signature bond. "Unfortunately, it highlights how extreme the New Mexico Supreme Court has been in dictating pretrial release for all kinds of dangerous criminals," she said. (Related: Manafort faces 300 yrs prison time for being Trump's campaign manager — While jihadis at child terrorist training camp released on signature bond.)

We don't yet have all the answers

What's noteworthy as well is that Backus, who managed to survive a petition drive in 2016 to have her replaced with a "Qualified judge," specifically referenced the suspects' Muslim faith as having an impact on her unbelievable decision. She wrote that the State of New Mexico, "apparently expected the court to take the individuals' faith into account" when making the determination as to whether they and their Islamic jihadist training camp posed a danger to the community, The Daily Caller reported.