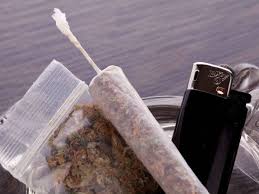 New Mexico Gov. Michelle Lujan Grisham (D) signed legislation on Wednesday that decriminalizes the possession of both small quantities of marijuana and drug paraphernalia. According to the Drug Policy Alliance (DPA), the signing of SB 323 makes New Mexico the first state in the country to repeal penalties for paraphernalia.

The new law says those found to be in possession of up to a half-ounce of weed will now be charged with a petty misdemeanor and fined anywhere between $50 and $100. Those possessing between one and eight ounces will be charged with a misdemeanor and will face a fine between $100 and $1,000 and/or up to a year in prison. Felony charges will be reserved for those possessing more than eight ounces of weed.

"Decriminalizing drug paraphernalia will not only save taxpayers money and free up law enforcement resources – it will prioritize health and safety over punishment and begin to reduce the stigma associated with problematic drug use," said DPA's New Mexico State Director Emily Kaltenbach in a press release. "Since many items that are characterized as paraphernalia have multiple uses, these laws have been subject to abuse, allowing police to be very selective in their enforcement – disproportionately harming black, brown and Native communities."