> U.S. Cops Are Facing a Recruitment Crisis. Will It Force - Freedoms Phoenix 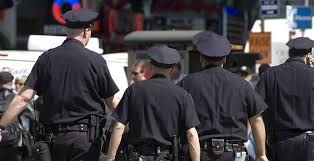 The number of people applying to be cops in Montgomery County, Maryland, has dropped by half in recent years, according to a department complaint last week. Officials suggest it's because of growing national skepticism toward policing.

"When you do a job that's being highly criticized on a daily basis, we have to ask ourselves, how do we find good candidates that really want to be under that type of scrutiny," said Acting Police Chief Marcus Jones.

Montgomery County won't have an easy time importing its officers from other communities, either. Recruitment of law enforcement officers is down in areas around the country, and the drop in numbers is stark.