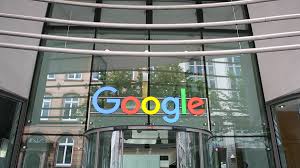 Everyone should be following and sharing them on Twitter, Facebook, and YouTube. They lean pro-Republican, and are successful in raising a $1 million plus annual budget from conservative boomers and the GOP, allowing them to do their groundbreaking investigative work.

Their latest bombshell should be a much bigger deal than it has been, and the only reason I can think of why it hasn't is that they published it smack in the middle of August, when the beltway media-politician scrum is at the beach or in the hills.

In a nutshell, a Google insider has leaked a ton of documents proving what everyone knows is true, but which Google CEO Sundar Panchai swore under oath recently before Congress is not, that Google uses algorithms to keeps many sites out of search results and the Android 'Google Now' news stream, mostly conservative and pro-Trump ones.

As if that wasn't bad enough, the Google engineer who leaked this stuff was harassed by the police!, which Google sicced on him. This is the second Google insider Project Veritas has worked with to expose bias. Here is the first from a month ago. They say they have more in the works.