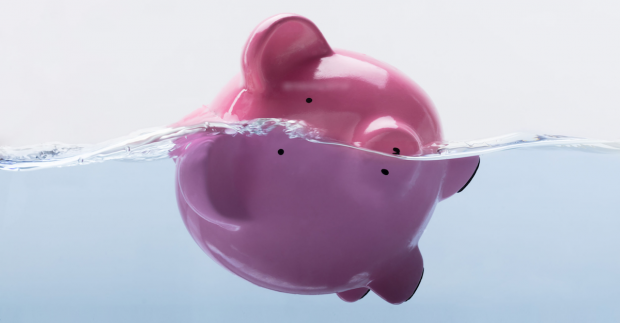 On Friday evening, the government here in Puerto Rico made an announcement to local retirees that many of them would have their pensions cut.

The pension cut is part of a debt restructuring plan to help Puerto Rico emerge from bankruptcy, which they declared in May 2017.

Bankruptcy is complicated, so I'll explain a bit here.

When individuals, corporations, and even local government take on so much debt that they can no longer make payments, they go through a specific legal process called bankruptcy.

During the bankruptcy process, a judge temporarily relieves the bankrupt from making any principal or interest payments on their debt while all sides work out a solution.

The bankrupt puts all of their assets and liabilities on the table, and then works with the bondholders to figure out a plan that everyone can live with.

Sometimes they're successful. Occasionally you'll hear about a big company (often an airline) 'emerging from bankruptcy'.

Once the deal is settled, the debt is struck off the company's balance sheet and they begin operating normally again.

Sometimes, though, a deal cannot be reached. And the Bankruptcy Court appoints a special representative to liquidate the company's assets and split up the proceeds among the bondholders.

But governments can't exactly do that. Bankruptcy courts don't have the latitude to sell off police cars, fire trucks, and elementary schools in order to repay government bondholders.

And that's why Puerto Rico's debt negotiations have taken so long.

Puerto Rico has more than $70 billion in debt, worth nearly 70% of GDP. And making payments on that debt was consuming nearly 30% of government tax revenue every year.

When they declared bankruptcy in 2017, it was the biggest bankruptcy case in US history. And definitely one of the most complicated.

Again, the court couldn't exactly 'liquidate' Puerto Rico and pay out the funds to bondholders.

So there's been more than two years of negotiation between bondholders and all the various officials, pensions, unions, etc.

And on Friday they announced the deal.

Bondholders will take a huge cut of more than 60%. But, as part of the deal, many local retirees in Puerto Rico will see their pensions cut.

Pension payments are an enormous part of the Puerto Rico budget. And since the government here doesn't have the option of conjuring more money out of thin air, they had no choice but to cut pensions in order to free up cash to pay bondholders.

Think the Government Will Save You? Puerto Ricans Find Warehouse FULL of Emergency Supplies Stashed