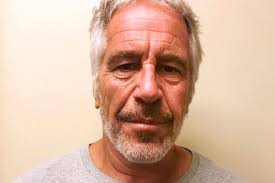 The brother of dead disgraced financier Jeffrey Epstein said he had unusual injuries on his wrists and shoulders.

Mark Epstein, 65, said there were two contusions on both of Jeffrey's wrists, an injury to his left forearm, and muscle hemorrhaging of his left shoulder or deltoid.

His comments about his brother's death in August—which the New York City Medical Examiner's Office said was due to suicide by hanging—come after famed pathologist Dr. Michael Baden said there were questions about Epstein's neck injury.

"Did the injuries happen a week before or at the time of the incident? We have to look at the microscopic slides to see when the injuries occurred," Dr. Baden said of the injuries noted by his brother, according to Fox. "The brother requested this information three months ago and he still has not gotten it."

Mark Epstein also said that he attempted to obtain his brother's file from the New York City Medical Examiner's Office in mid-August, but he was told that it has to be processed by the U.S. Department of Justice first. 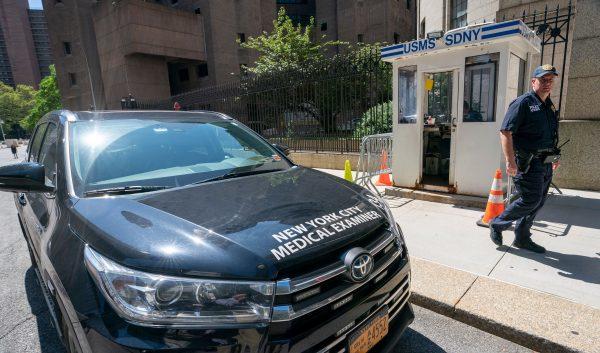 A New York Medical Examiner's car is parked outside the Metropolitan Correctional Center where financier Jeffrey Epstein was being held in New York City on Aug. 10, 2019. (Don Emmert/AFP/Getty Images)

"They're playing games," Mark told Fox on Wednesday. He explained:

"I've done the appropriate requests with Justice twice, and have heard nothing. I was told someone is looking into it."

Baden said, however, that the unexplained injuries on Epstein's body that were mentioned by his brother might have been caused by the July 23 incident, where he was discovered in the fetal position with marks around his neck at the Manhattan Correctional Center. He was put on suicide watch for a short period of time before being taken off of it weeks before his death.

Mark said that he's unsure what happened to his brother, who was arrested and jailed without bail on sex trafficking charges in July.

"I have no standing to sue … people should know the truth about what can happen in a federal facility," Mark said.

"My brother might have been murdered. This is not about me."

35 missing Ohio children are recovered this month - with 20% rescued from human trafficking...