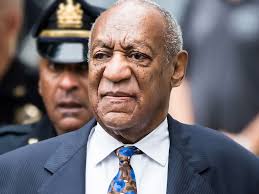 Cosby said he remains concerned, however, for all of Black America.

Bill Cosby breaks his silence, granting his first exclusive interview since beginning his sentence at SCI-Phoenix, a maximum-security Pennsylvania penitentiary near Philadelphia.

Today, in a special phone call with the National Newspaper Publishers Association's BlackPressUSA.com, Cosby said he's spending his time helping to teach and encourage a large population of African American inmates – men he calls residents — via Mann Up, a prison reform program.

The 82-year-old educator and award-winning TV producer/director/comedian was sentenced to serve 3-to-10-years in Pennsylvania's prison system following his September 2018 conviction on charges of aggravated indecent assault.

Unless he receives relief from the state's appellate courts, Cosby said he fully anticipates serving his entire sentence, saying he's not guilty and will never admit to something he didn't do. Displayed remorse is generally a required prerequisite to obtaining parole or a shortened sentence.

France: Ongoing Yellow-Vest Protests Against Pension Cuts Is a Growing Conflict with No ...